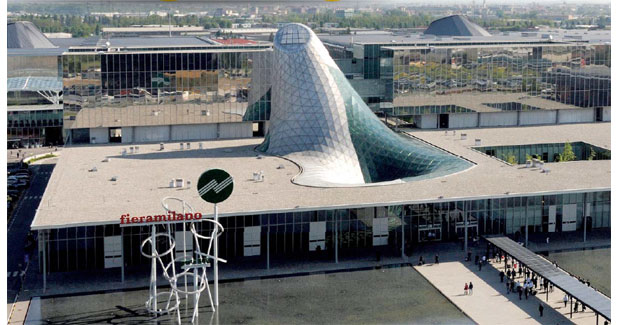 Europe still dominates in textile technology, but India is no laggard. It has created its own niche. With 158 exhibitors at the present ITMA 2015, Indian textile machinery and spares industry has come a long way to spread its wings since 1975 when at the same Milan, India fielded a lone exhibitor. An ITJ Report previews the current scenario.

Europe still dominates in textile technology, but India is no laggard. It has created its own niche. With 158 exhibitors at the present ITMA 2015, Indian textile machinery and spares industry has come a long way to spread its wings since 1975 when at the same Milan, India fielded a lone exhibitor. An ITJ Report previews the current scenario.

The first edition of ITMA, the quadrennial Â´OlympicsÂ´ of the textile machinery industry, taking place in Europe, was launched in 1951 at Lille in France; it continued to be a Europe-dominated show till in 1975, when the first exhibitor from India took part at ITMA. Â´I was heading the lone Indian company exhibiting at ITMA 1975. Many from the industry derided me saying that when the countries are looking for importing machinery and parts sourcing them at ITMA, how come I was madly trying to sell products in Europe at ITMA. I did not sell directly anything, but I picked up some good agents who are even still with me,Â´ said GT Dembla, Chairman, Precision Rubber Industries Pvt Ltd (Precitex), Mumbai. Today, thanks, may be partly to ITMA participation, the company is exporting its major products to over 40 countries.

From one Indian company at ITMA in 1975, it went up to three companies at ITMA 1979. The story of the lone 1975 exhibitor was echoed by many a company from India in the course of the next 10 ITMAs that followed in Europe. The Indian entrepreneurs in the 80s and 90s took to ITMA seriously, and in the last ITMA at Barcelona, there were 125 exhibitors. But the Milan 2015 edition has set a new record with 158 exhibitors as on date according to CEMATEX, the organisers of the show. China has stolen a march over India in many fields in the textile industry, but still opportunities are knocking at the Indian door for making a success of the new revolution Â´Make in IndiaÂ´, kicked off by the present Narendra Modi Government even in the textile industry.

The Indian textile machinery industry is often criticised for producing only low-tech products despite having a very high level of textile educational institutes and half a dozen premier research institutes in the country. Even China, which also started late like India in textile technology, has progressed well and has been launching high-tech machines in the textile market for the last few years. Says GV Aras, Director of Mumbai-based ATE Enterprises Pvt Ltd: Â´In ginning and spinning sectors, the Indian textile machinery makers are quite strong as far as technology is concerned and they can certainly fulfil the technical requirement of the sector. However the situation is totally different for weaving and knitting wherein majority of the machinery is imported. In weaving preparation and processing there are some Indian machinery makers who can supply good technology machines but not for the complete range.Â´

Said Charles Beauduin, President, CEMATEX, even as early as the beginning of 2015, when the ITMA preparations were at feverish speed: Â´As we move deeper into the ITMA year we see everywhere the intensive R&D activity that is always a feature of the run-up to this landmark show. Most of this effort is focused on Â´efficiencyÂ´ and Â´productivityÂ´ Â´ broad terms that often signal the goal of reducing water, energy and material usage and are therefore at the heart of sustainability in the particular conditions of the textile manufacturing industry.Â´

This yearÂ´s ITMA will be staged at Fiera Milano Rho, which opened its doors in 2005. ITMA will be occupying some 2,00,000 sq m of the fairgrounds. One of the worldÂ´s biggest exhibition venues, it is an integrated state-of-the-art exhibition facility, well equipped to host heavy machinery fairs which have complex technical requirements. In addition, ITMA participants will be able to enjoy a<