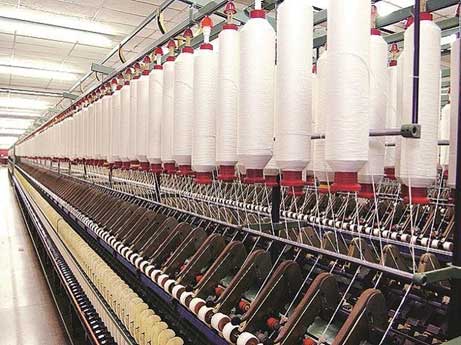 Rs 160 bn scheme on textiles may be revealed in Budget

The government has begun work on a new scheme with an outlay of about Rs 160 billion for the next five years for textile machinery.

The government has begun work on a new scheme with an outlay of about Rs 160 billion for the next five years for textile machinery.

The scheme is related to manufacturing, support to technology upgradation in existing clusters and micro, small and medium enterprises (MSMEs), and support for new integrated manufacturing facilities in various segments including spinning, weaving and knitting. The new scheme, Textile Technology Development Scheme, might be announced in the upcoming Union budget. It will replace the Amended Technology Upgradation Fund Scheme (ATUFS), which ends on March 31, 2022. Beneficiaries of the production-linked incentive (PLI) scheme for textiles would not be eligible for incentives under the new programme, said officials.

The scheme is at a conceptual stage and is awaiting approvals from various levels. There might be a new name for the scheme, as per an official. He also said that, they have done industry consultations, and the proposed scheme has two new components – textile machinery and integrated modern facilities.

The Technology Upgradation Fund Scheme was launched in 1999 and has been modified many times since then. The thrust on manufacturing textile machinery is crucial as India imported shuttle less looms, sewing machines and knitting machines, among others, and accessories such as spindles and needles worth almost Rs 720 billion in the past five years, mostly from China.

The textile ministry has proposed investment and value-addition linked incentives under the scheme. Incentives for technology transfer in case of joint ventures by foreign manufacturers, and support for research and development and commercialisation, are also likely to figure in the planned scheme as it seeks to encourage indigenous manufacturing of machinery with a focus on the garmenting sector. Thresholds and caps for the incentives are also in the works, according to the official.  An industry representative said that, sustainability, compliance, innovation and job creation are the focus areas of the new scheme. It aims to improve scale and technology simultaneously through integrated modern textiles manufacturing.