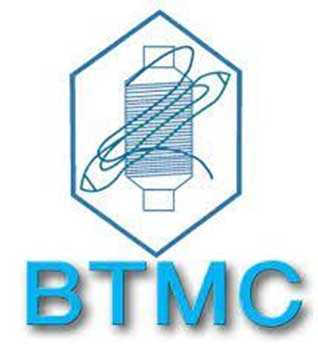 To attract local and foreign investment to modernise and reopen closed textile mills, the Bangladesh government has called for open international tenders for four out of 16 textile mills through public-private partnerships (PPP).

To attract local and foreign investment to modernise and reopen closed textile mills, the Bangladesh government has called for open international tenders for four out of 16 textile mills through public-private partnerships (PPP).

The move comes after the Bangladesh Textile Mills Corporation (BTMC) initiated a process of handing over two textile mills through PPP. As per an announcement from the BTMC, some factories have been lying dormant for the past 30 to 40 years. The mills were shut down after facing huge losses, according to officials of the BTMC.

However, a business leader questioned the move to open the mills in such a manner, raising doubts over its sustainability. The four mills are: RR Textile Mills, Dost Textile Mills, Rajshahi Textile Mills and Magura Textile Mill. The tender process has already entered its second phase, according to a BTMC official.

The BTMC will be the major partner of the PPP. The project will be distributed as per the partnership agreement and the government will only issue the land for building infrastructure. The private parties will implement the project, maintain the mills and market the textile products produced, the official said. The tenure of the partnership may be up to 30 years but could be renewed further.

However, Mohammad Ali Khokon, president of the Bangladesh Textile Mills Association (BTMA), criticised the PPP system. Most of the mills’ infrastructures have been abandoned or become obsolete and so, they could be demolished first but this contract is also contingent on the government’s long-term viability.

But if the government changes, the overall system may change sooner or later. He did, however, suggest that if any well-known companies or groups wanted to sign on for the partnership, they could do so.

Contacted, Khondaker Golam Moazzem, research director of the Centre for Policy Dialogue, also expressed concern over the issue. He also urged the government to consider small-and-medium investors instead of just giving the tenders to larger groups or consortiums, adding that the issuing phase-based textile mills may be a part of mini-economic zones or specialised areas.