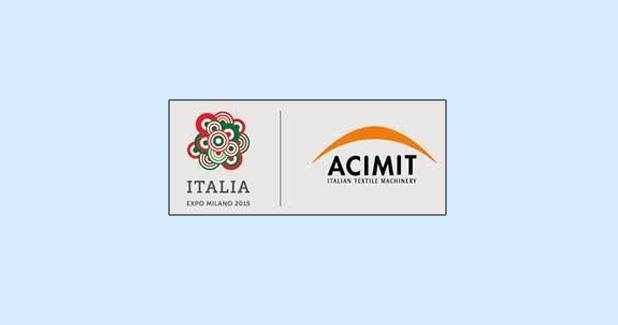 ITMA 2015, held in Milan from November 12-19 at the Fiera Milano trade fair grounds, closed its doors with some significant statistics. For the eight days of the event, the halls which hosted the 1,700 exhibitors recorded almost 1,23,000 participants, hailing from 147 countries (22 per cent more than the previous edition in Barcelona).

ITMA 2015, held in Milan from November 12-19 at the Fiera Milano trade fair grounds, closed its doors with some significant statistics. For the eight days of the event, the halls which hosted the 1,700 exhibitors recorded almost 1,23,000 participants, hailing from 147 countries (22 per cent more than the previous edition in Barcelona). However, it is in the number of unique visitors that Milan marked a record increase: per cent compared to Barcelona in 2011, and per cent compared to Munich in 2007. Similar statistics had never before been recorded in the sixteen previous editions of ITMA.

Italy ranked first overall in the number of exhibiting companies (454), as well as visitors (18 per cent of the total). Behind Italy among the main countries with most visitors were India and Turkey (around 8 per cent each of total attendance), Germany (7 per cent), followed by France, the USA, Iran, Brazil and Pakistan. In addition to industry operators, ITMA was also attended by over 4,000 students, while media representatives in the press hall numbered 400 in total.

?The number of Italian exhibitors and visitors bears witness to the vitality of the entire Italian textile industry,? stated Raffaella Carabelli, the President of ACIMIT, the Association of Italian Textile Machinery Manufacturers. ?Our member companies chose to believe in ITMA as a key event for the industry, and they were proven right. Allow me to thank the Italian Ministry for Economic Development and the Italian Trade Agency for providing us with the indispensable support required for the realization of important promotional initiatives for ITMA.?

Carlo Rogora, CEO of Itema Group, was satisfied with the event, recording many qualified contacts and orders finalized at the fair. ?The results of this edition of ITMA actually surprised us. It was a success from an organizational and logistical standpoint, as well as for the quality of visitors in attendance. The contacts and orders received, above all from India and Turkey, have far exceeded our expectations.?

Alex Zucchi, General Manager of Ferraro Spa, confirmed the quality of the visitors on hand, ?We saw lots of visitors and a good many business opportunities, especially from non traditional Countries. We also noted a reawakening of our domestic market, an essential sign for all businesses in our industry, and for the development of the entire Italian textile sector.?

Regarding the trade fair grounds, Carabelli observed ?Exhibitors and visitors alike appreciated the rationality, functionality and beauty of the exhibition centre, which suitably combined the organizational knowhow of Fiera Milano with the design and artistic capacities of the international trade fair architect M. Fuksas.?

In conclusion, the President of ACIMIT stated ?This edition will be remembered not just for its record numbers, but also for the message it has transmitted, concerning sustainable innovation. The trade fair pavilions in Rho exhibited a great many technological innovations that focused on a quest for greater sustainability in textile production processes. Sustainability and innovation: a combination that will represent the key to a successful future for many manufacturers.?

ITMA is the property of CEMATEX (the ComitÃ© EuropÃ©en des Constructeurs de Machines Textiles), which brings together the Associations of textile machinery manufacturers of Belgium, France, Germany, Italy, Netherlands, the United Kingdom, Spain, Sweden and Switzerland. Milan had previously hosted ITMA in 1959, 1975, 1983 and 1995.

The next edition of ITMA will be held at the Fira de Barcelona Gran Via from June 20-26, 2019. For more information, visit the website www.itma.com.