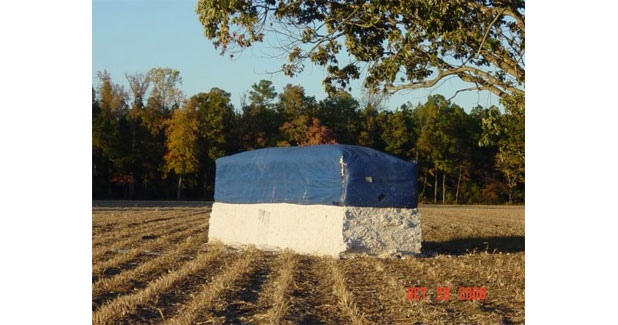 The process of procuring cotton began today and as many as 96 procurement centres will be opened in the three phases of purchases, according to Hirani. From this year, the cotton growers will get payment of their produce through Real Time Gross Settlement (RTGS) and National Electronic Fund Transfer (NEFT) modes and the amount will be deposited in their bank accounts. This way, the age-old practice of issuance of cheques will be discontinued, the sources added. About Rs 1,066.40 crore was paid by the Federation to the cotton growers last year.

Meanwhile, India will screen genetically modified (GM) cotton hybrids on sale in the country to identify the varieties that are resistant to whitefly, a pest that recently caused extensive damages to crops in two northern states, a government official said. The whitefly attack on the Bt cotton variety in Punjab and Haryana was the first major infestation since India adopted transgenic cotton in 2002. It has stoked worries over the vulnerability of the GM seeds that yield nearly all of the cotton in the world’s top producer.

A joint venture of Monsanto with Maharashtra Hybrid Seeds Co Pvt Ltd, Kaveri Seeds and Bayer Bioscience Pvt Ltd are among companies allowed to sell GM cotton hybrids in India. Bt cotton was tweaked by scientists at Monsanto to produce its own insecticide to kill bollworms. But two years of drought in India have encouraged the spread of whitefly against which the strain has no resistance. The government now plans to educate farmers to use only those hybrids that are less vulnerable to whitefly.

At the same time, the Pakistan government likely to consider reduction in regulatory duty on the import of cotton yarn to benefit the garment sector as the cotton yarn, fabric commercial and value addition sector exporters are now facing 10 per cent regulatory duty on imports from November 1, 2015, a source in the Ministry of Finance has hinted. The performance of value addition by woven garments sector is 846 per cent, hosiery/knit garments 616 per cent and spinning sector is 59 per cent.

In the recent meeting with Finance Minister Ishaq Dar, the representatives of the sector assured support in this regard. Dar informed them that the value added textile sector could avail benefits from Duty and Tax Remission for Export (DTRE) scheme and they would not be affected from the said regulatory duty. But on the other hand, the DTRE secretary said that this facility was currently not available in the DTRE scheme. Even Pakistan Customs under Federal Board of Revenue (FBR) is not allowing DTRE facility to those small and medium units of the sector, who do not have 100 per cent in-house manufacturing facilities, said a Pakistan Apparel Forum spokesman. In DTRE rules, there is no restriction for stitching units, manufacturing cum exporters for duty free import of raw material including cotton yarn. The exporters of textile garments sector have proposed the government to authorise the textile ministry to grant permission to textile units for import of raw material under the DTRE scheme.

While the Indian textile industry is suffering due to dumping of fabrics from China, the weaving units in Pakistan facing heavy financial losses due to import of Indian fabric from Dubai which is still unchecked and the government need to stop this import, say sources at Pakistan Apparel Forum (PAF). The Government should investigate the Indian fabric import from Dubai and should ask the exporters of Dubai to produce the certificate of origin of the fabric import