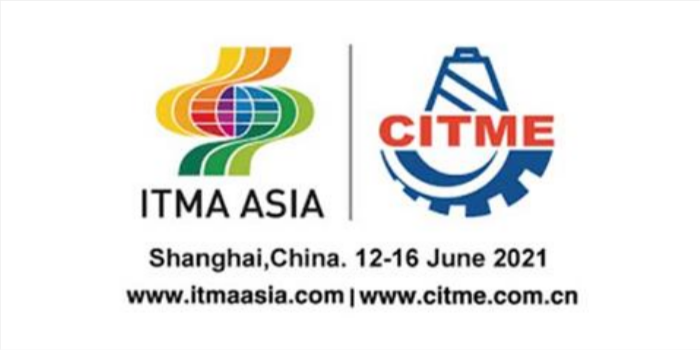 The seventh combined exhibition, ITMA ASIA + CITME 2020, attracted more than 65,000 visitors in 5 days. The fair ended on a successful note after a delay of about 8 months.

The seventh combined
exhibition, ITMA ASIA + CITME 2020, attracted more than 65,000 visitors in 5
days. The fair ended on a successful note after a delay of about 8 months.  It was observed that the visitors were
excited to have face-to-face contact with local buyers from the worldâ€™s largest
textile manufacturing hub. They were more excited because for many of them it
was the first fair they had attended post-epidemic economic recovery in China.
Overseas visitors who traveled from outside Shanghai were also a part of the
event.

According to
Yang Zengxing, General Manager, Karl Mayer, the group was satisfied with the
participation of the visitors in ITMA ASIA + CITME. He also said that there
were a few visitors from overseas but still, the overall participation was
good. He told that the visitors who had come to their stand were majorly
decision-makers and they were very much interested in the exhibits, so were
involved in deep discussions with the team. He was also hopeful, that the group
will receive more projects in the future because of the exhibition.

According to
Alessio Zunta, Business Manager, MS Printing Solutions, the team was humbled to
be a part of the exhibition.  He also
told that with this exhibition, the company was able to meet its old and new
customers and also launched its latest printing machine. This new machine
received very positive feedback at the exhibition. He was also happy to see the
recovery in the Chinese market.

As per the data,
the combined exhibition attracted 1,237 exhibitors from 20 countries. The
survey conducted showed that there were 1,000 exhibitors. Around 60% of the
respondents said that they were happy with the quality of visitors, 30%
reported that they could conclude their business deals, and more than 60%
estimated sales ranging from RMB300,000 to over RMB3 million within the next
six months.

As per Satoru
Takakuwa, Manager, Sales and Marketing Department, Textile Machinery, TSUDAKOMA
Corp, the group received more customers than was expected, despite the pandemic
scenario. It was also said that the demand for efficient production and
labour-saving technologies is on the rise in China because of increasing costs
every year.

Another
exhibitor, Lorenzo Maffioli, Managing Director, Itema Weaving Machinery, China,
said that ITMA Asia + CITME has always been an important platform for the
company because it is located in a pivotal market like China. This year it was
all the more special because post-pandemic it was the first time the company
has represented itself in an international exhibition. He also said that
despite the restrictions due to Covid-19, a good number of qualified visitors
were present at the booth. He also said that the organizers had guaranteed a
safe environment for both exhibitors and guests and they were able to manage
the event in a very efficient way.

The show owners,
CEMATEX and other Chinese partners CCPIT (CCPIT-Tex), CTMA, and CIEC were happy
with the outcome of the combined exhibition. They also appreciated the
participants for their cooperation and support because of which the event was a
success.

According to
Wang Shutian, President, China Textile Machinery Association (CTMA), the
Chinese industry has entered a stage of substantial development and enterprises
are investing greatly in high-end manufacturing technologies and sustainable
solutions for the textile industry. Ernesto Maurer, President, CEMATEX said
that the event was a success because of the support from exhibitors, visitors,
and partners. The textile industry is happy to progress post the pandemic phase.
There is a need to expand production capacity due to which textile
manufacturers are planning to invest in new machinery so as to stay
competitive. He also welcomed Asian buyers to the next show, who couldnâ€™t make
it this time due to travel restrictions.

It was said that
the next ITMA ASIA + CITME exhibition will be held from 20
to 24 November 2022 at the National Exhibition and Convention Centre (NECC) in
Shanghai. Beijing Textile Machinery International Exhibition Co., Ltd will be
organizing the event and ITMA services are going to be a co-organizer.