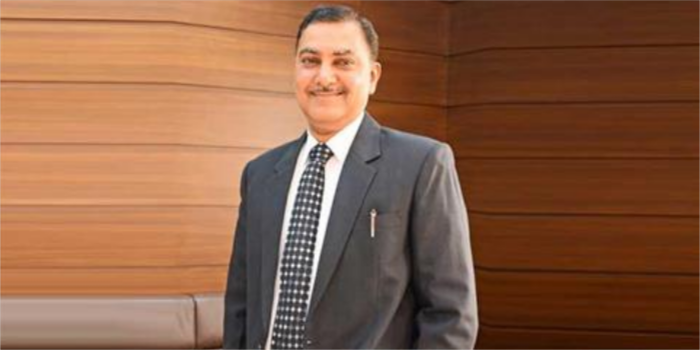 Capoor stated that as per the study conducted by the Government, the share of MMF based textiles and clothing products would account 80 per cent by 2030 while the share of cotton segment will get reduced to 20 per cent. He opined that the Indian textiles and clothing manufacturers to gear up and meet the growing global demands rather than focusing on conventional commodity products that yield very low value-added price realisation. Since huge market space would be available in the international market due to geo-political issues and also scaling down of textiles and manufacturing activities in China, India being the second largest country in the world, would be in a position to meet the global requirement. He felt that the least developed countries (LDCs) being small and do not have raw material base and several other constraints, India can really emerge as a global player.

The Secretary (Textiles) advised the spinning companies to enter into long term contract farming for Extra Long Staple (ELS) cotton, support the farmers to grow better ELS than Pima or Giza so that the dependency on imports could be avoided. He also advised the industry to focus on specialty cotton like organic cotton and coloured cotton.

Capoor stated that even most of the LDC countries could increase their global trade share, not only because of tariff advantage, but also due to large scale of operation. He advised the industry to utilise MSME segments to cater to the low value-added markets in the domestic sector and make huge investments in the forward and backward integration and also in the Greenfield projects so that the industry could become competitive in terms of price, volume, quality and delivery schedule. He also advised the industry to utilise two major schemes being contemplated by the Ministry like Mega Textile Park and National Textile Fund in this venture.

Capoor stated that the Government has been bold enough to bring historical reforms in the tax structure by implementing GST, reducing basic customs duty, removing anti-dumping duty on all basic raw materials, including PTA, rejecting the proposed anti-dumping duty on several products and also by bringing four Labour Codes in place of 44 labour legislation. He strongly felt that New Labour Codes would greatly benefit the industry especially the new investments and also the employees thus creating a win-win strategy for both, employer and employee.

Capoor pointed out that the Government was contemplating to extend a special export package for top 40 MMF HS lines and also 10 technical textiles HS lines where the global market is over US $250 billion. He stated that Indiaâ€™s share was a miniscule of less than 0.7 per cent, in these HS lines.

The Secretary (Textiles) while appreciating CITI for closely interacting with the Government on various policy matters, applauded CITI Chairman for the formation of National Committee on Textiles & Clothing (NCTC) by CITI and creating a common platform to enable the Government to get the industryâ€™s demand in a single voice. He advised the stakeholders to stand united and avoid coming out with conflicting and contradicting demands to the government. He felt that such proposals might benefit one segment in the short run, but would harm entire textile value chain in the long run. He also felt that this was one of the reasons why the industry could not achieve a sustained and envisaged growth rate.

Earlier, T Rajkumar, Chairman, CITI, in his welcome address, thanked the Prime Minister, Union Textile Minister for taking various bold and proactive initiatives to enable the industry to recover from the impact of COVID-19 pandemic on a fast track. He also appreciated the historical reforms brought in taxation, foreign trade policy, power, labour, MSME eligibility criteria, etc., that had greatly benefited the textiles and clothing industry. He appealed to the Government to announce a special package to boost cotton consumption as the country is heading towards huge accumulation of stock that might affect the farmers, industry and the government for exercising MSP operation and holding the stock.

CITI Chairman also noted that the financial relief packages announced for MSME and non-MSMEs would greatly benefit the textile mills having their accounts as standard on March 1, 2020. However, he stated that T&C industry needs further handholding to recover from the unforeseen financial stress. Based on the representations made by the textile industry, Union Minister of Textiles was kind enough to recommend two yearsâ€™ moratorium period for all loans in the pre-COVID-19 period. Considering the acute crisis being faced by the industry, CITI Chairman appealed to the Government to either extend the relief package for all the units irrespective of their status of accounts or extend two yearsâ€™ moratorium period for the repayment of all loans. Since it might take several months to reach normalcy in business and financial performance, it is essential to consider this appeal to prevent closure of several thousands of textile units and jobs for several lakhs of people.

At the first meeting of the newly elected Committee immediately after the 62nd AGM of CITI, T Rajkumar, Chairman of Sri Mahasakthi Mills, Palakkad, Kerala was re-elected as Chairman, SK Kandelia, President & CEO of Sutlej Textiles and Industries was elected as Deputy Chairman and RL Nolkha, Chairman of Nithin Spinners, Bhilwara was elected as the Vice Chairman of CITI.