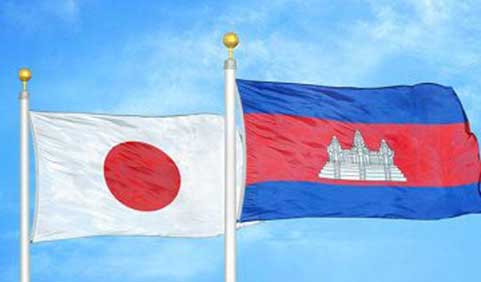 The Japan External Trade Organization (Jetro) has listed garments and electrical & electronic components as key Cambodian exports to Japan; and machinery, electronics and high-tech products as the main imports.

Trade between Cambodia and Japan reached $2.148 billion in the first eleven months of 2021, up 11 per cent year-on-year from $1.922 billion, according to the Japan External Trade Organization (Jetro).

Hong Vannak, director, International Economics at the Royal Academy of Cambodia told that, it is a matter of pride for Cambodia that its total trade with Japan has crossed $2 billion in a span of eleven months in 2021. He hopes the total trading in the year 2022 will scale even higher.

He also said that a stable policy environment is one of the main reasons that Japan is promoting investments in Cambodia, especially PPSEZ, Poi Pet SEZ. Second, a good relationship between state and state institutions, particularly good diplomacy between both countries have reposed confidence in Cambodian government. Third but not least is Cambodia has revived the new investment law and diversification on stable macroeconomic. Cambodia has created Special Economic Zone for goods export and planning to sign a free trading agreement with Japan in near future.

Jetro listed garments and electrical and electronic components as key Cambodian exports to Japan; and machinery, electronics and high-tech products as the main imports.