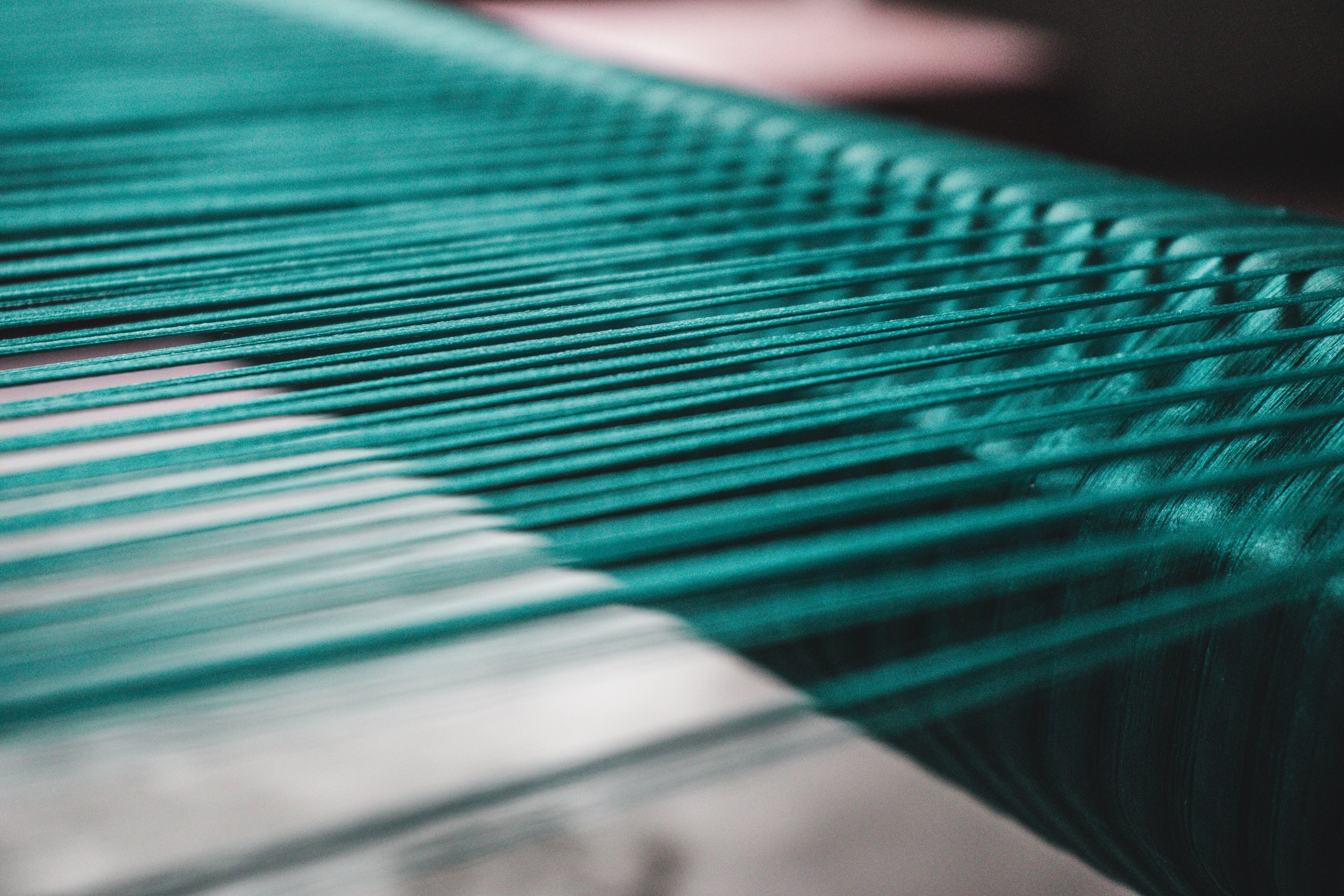 Biosynthetics, fibres that are completely or partially derived from bio-based assets such as agricultural waste, food crops, or plants etc, represent an alternative to their fossil-based counterparts. Because of their capacity to steer the transition far from non-renewable assets and assist to mitigate weather alternate, they’re gaining a lot interest in the textile industry. The primary distinction among biosynthetic fibres and traditional artificial fibres lies with the raw material employed. Biosynthetic fibres which can be commercially to be had nowadays come from starches, sugars, and lipids derived from corn, sugar cane, sugar beets and plant oils etc. the ones constructed from corn (polylactic acid or PLA) is getting very popular because of itsniche properties and also its environmental benefits.

The market percentage of biosynthetic is currently very low. The total biomass demand was 12.54 billion tonne which includes feed, bioenergy, food, material uses, biofuels and also bio-based polymers. The major share about 59 per cent of biomass is employed for feed production and the biobased polymers production share is only 0.038 per cent. Thus, the demand for biomass feedstock is around 4.8 million tonne for the production of 4 million tonne of bio-based polymers and around 0.006 per cent agricultural land share requirement (Figure 1).  On the other hand, glycerol (37 per cent) is the major feedstock used for bio-based polymer production, it represents a biomass without land use. The applied biomass also comprises 24 per cent starch and 16 per cent sugars, both feedstocks are derived from high-yielding crops, such as maize, sugar beet or sugar cane, having a high area efficiency. 12 per cent of the biomass are from non-edible plant oil, such as castor oil, cellulose based feedstock is 9 per cent (mainly used for cellulose acetate) and 2 per cent from edible plant oil (Figure 2).

Presently almost all commercially available biosynthetics are only partially biobased. More work is required in supporting the transition from partially biobased materials to 100 per cent biobased feedstock raw materials for biosynthetic substances in the future. The present paper discusses the properties, production, and applications of major biosynthetic fibers produced till date and also, LCA studies carried out on polylactic acid have been discussed in detail.

The major agricultural crops used as the raw materials such as corn, sugar beet, sugarcane, and–to a minor extent–also wheat and cassava, as well as oil crops such as castor seeds. All these feedstocks are commercially available in large quantities with consistent quality.

Polylactic acid (PLA) (a linear aliphatic terephthalate) is derived from 100 per cent renewable sources such as corn, sugarcane, and sugar beet, and the polymer is completely biodegradable. It is considered as an alternative to polyester by both Federal Trade Commission in US and also European EU commission, stating a new class of fibre. The leading large-scale producer of PLA is NatureWorks LLC and their brand name is Ingeo. The majority of the PLA fibres are produced from cornstarch. Lactron is another brand name of PLA fibre produced by Kanebo, Japan through fermentation of cornstarch. The following are the steps or stages involved for the production of PLA fibre from Biomass (Figure 3): After the corn/biomass harvest, firstly the starch is separated from the

Bio-PTT is a partially biobased polymers, commonly falls in the polyester family. It is made up of two monomer units, 1,3-propaediol and purified terephthalic acid (PTA). 1, 3-propanedol is derived from renewable plant-basedresources such as corn or biomass (1,3 propanediol (PDO). Sorona is the commercial trade name of Bio-PTT fibre manufactured by DuPont,  which uses a proprietary polycondensation polymerisation process in the production process.

The following are the steps or stages involved for the production of Bio-PTT fibre from Biomass (Figure 4):

Figure 4: Different steps involved in the production of Bio-PTT fibre.

PET is commonly known as Polyethylene terephthalate or polyester fibre in the textile and fashion sector. Due to PET’s non-biodegradability and environmental issues, it is now possible to make partially bio-based polyester since only one of the molecular building blocks is available in the bulk scale as a bio-based alternative. Such kind of partially bio-based PET fibre is available in the market and most of its properties are matching equivalent to conventional PET. Toray is one of the leading manufacturers of Ecodear PET, which consists of 30 per cent biobased synthetic polymer content. They also proved by their laboratory scale trials that PET can be produced from 100 per cent renewable biomass feedstock. The example of biobased PET feedstock and production stages are highlighted in the Figure 5.

Figure 5: Different steps involved in the production of Bio-PET fibre.

Today, bio-based polyamides (BioPA) are gaining importance to replace the conventional petroleum-based polyamide fibers namely Nylon 6 and Nylon 6,6. The major raw material used for the production of BioPa is Ricinus Communis (castor plant) oil obtained from the its seeds. The seed oil has unique aliphatic acids namely Sebacic acid and undecanoic acid, which are the primary components used to produce BioPA. Based on the chemical molecular structure of the polyamide, the actual bio content of the polymer differs from 60% which is a partially bio-based polymer upto 100 per cent (fully biobased polymers). This is mainly due to the additional requirement of molecular blocks which cannot be sourced from biological feedstock. Rilsan by Arkema is manufactured by polymerization of 11-aminoundecanoic acid. The production of PA6,10, PA10,10 and PA10,1are carried out from 2 Biobased DA10 and DC10 route. 100% biobased is Fulgar’s EVO PA10, 10 fibre. Polyamide 6 is expected to be the largest product segment in the global market  as per the Bio-polyamide Market Forecast 2016 – 2024 by the Transparency Market Research. Production of key molecular building blocks for Nylon 6 via microbial fermentation, using special genetically modified microbes is carried out by Genomatica.

The Bio-based Polyamide 11 (PA11) production stages are as following:

In general, the initial Life Cycle Assessment (LCA) work on biosynthetics has been based on the branded Ingeo PLA polymer from NatureWorks. Further LCA work are under way for understanding the sustainability attributes of bio synthetic. Looking into PLA fibre LCA findings, most energy is used during fermentation process, around 36 per cent is used in during corn production and on combing the both energies, and it is much lower as compared to conventional polyester production.  Further, effective LCA work is required to learn more on the sustainability impact, especially when looking at 2nd and 3rd generation fibers. The following certifications can be applied for biosynthetics:

This paper discussed the biosynthetic feedstocks, market and production process of different biosynthetic fibres. Biosynthetics has the potential for reducing the global warming by replacing the petroleum-based fossil synthetics, but the challenge lies how they must be sourced and utilised responsibly to realise their potential and also to avoid negative impacts if any. It is very important for the current textile industry to use every tool to analyse and to reduce the impact associated with usage of fossile fuel based synthetic fibers and also it is high time to support the transitions. With effective LCA ( Cradle to end of life ) approach, identifying the risks and opportunities for biosynthetics along with best practice and strategies will result in carbon footprint reduction and can overcome the synthetic risks.