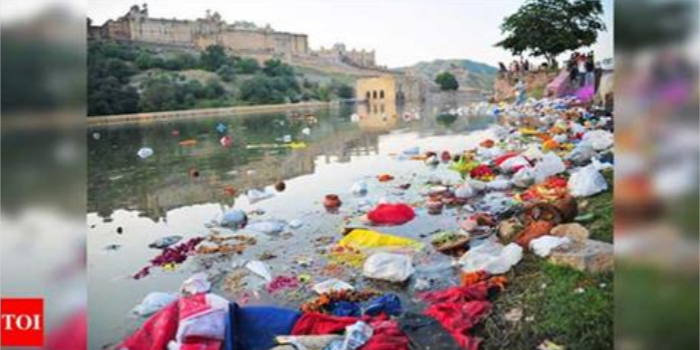 Textile Units in Barmer Shut Down to Prevent Pollution

The Rajasthan Pollution Control Board (RPCB) had ordered the shutdown of more than 800 textile units in Balotara in Barmer district for releasing effluents into Luni river.

The Rajasthan Pollution Control Board
(RPCB) had ordered the shutdown of more than 800 textile units in Balotara in
Barmer district for releasing effluents into Luni river.

The board has warned strict action
will be taken against the units that flout the order. Though the RO plant is
almost ready, carelessness of the common effluent treatment plant (CETP) trust
has led to delay in startung the plant. Though the National Green Tribunal
(NGT) had also ordered a strict ban on discharging effluents into the river, it
failed to prevent the units from draining pollutants into the waterbody.

Looking at the situation, the RPCB
issued the order on September 13 to CETP to stop textile units from operating.
According to information, the CETP trust itself was not following the orders of
thde NGT and the Pradushan Nivaran Evum Paryavaran Sankarshan Samiti, informed
RPCB chairperson Veenu Gupta.

Textile units in Balotara have been
functioning for the last 40 years but have done precious little to save the
environment. RPCB member Anand Mohan said the board took serious note of
carelessness of the CETP trust by not starting the
RO plant which led the textile units to release polluted water into the river.

Image
Source: The Times Of India