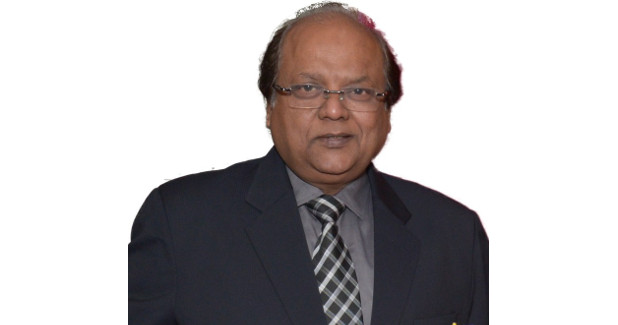 Narain Aggarwal, Chairman, The Synthetic & Rayon Textiles Export Promotion Council (SRTEPC) had been keenly following on the progress of the new scheme on skill development, which had been approved by the Cabinet Committee on Economic Affairs, chaired by Prime Minister Narendra Modi in the month of December 2017.

Narain Aggarwal, Chairman, The Synthetic & Rayon Textiles Export Promotion Council (SRTEPC) had been keenly following on the progress of the new scheme on skill development, which had been approved by the Cabinet Committee on Economic Affairs, chaired by Prime Minister Narendra Modi in the month of December 2017.

Aggarwal has expressed his delight at the scheme being formally launched under the name of â€˜Samarthâ€™ with the objective of providing skills to the youth for gainful and sustainable employment in the textile sector. The textile sector, which is the second largest employer in the country, can now add impetus to the Prime Ministerâ€™s noble idea of â€œMake in Indiaâ€ by aiming to skill nearly 10 lakh young Indians (in organised plus traditional textile sectors) over a period of three years from 2017 to 2020.

Further commending the Ministry of Textiles, he said that the outlay of Rs 13 billion covering the entire textile value chain (except spinning and weaving) would set the country on track to meet its objective of achieving $300 billion by 2025 in the textile sector. The chairman was very happy to note that the scheme will have National Skill Qualification Framework (NSQF) compliant training courses with funding norms as per the common norms notified by Ministry of Skill Development and Entrepreneurship (MSDE).

Chairman also appreciated the fact that this scheme would also serve the larger social good of involving the cross sections of our society including rural, remote, LWE affected, North East, J&K, by imparting skills in the identified job roles. Preference will be given to various social groups, SC, ST, differently abled, minorities and other vulnerable groups. At a time when the world is increasingly looking to fulfill its obligations of gender equality, implementation of this scheme will continue to empower women, who constitute nearly 70 per cent of the work force employed in the textile sector, especially the apparel and knitting segments.

He was pleased to note that the Textile Committee will be resource support agency (RSE), which shall perform various functions to identify skill development needs, standardise and develop the course content, specify the training centreâ€™s infrastructure, standard the admission assessment certification and accreditation processes, empanel assessment agencies, conduct training of trainers and training of assessors, etc. The scheme also will ensure 70 per cent placement of the successful trainees.

Aggarwal complimented the bio-metric processes involved in selection of the candidates to be trained which mandated the necessity of having an â€˜Aadhar Cardâ€™ and an attendance system that will be integrated with a centralised MIS to ensure real time attendance of all involved, thereby ensuring the effective implementation of the scheme.