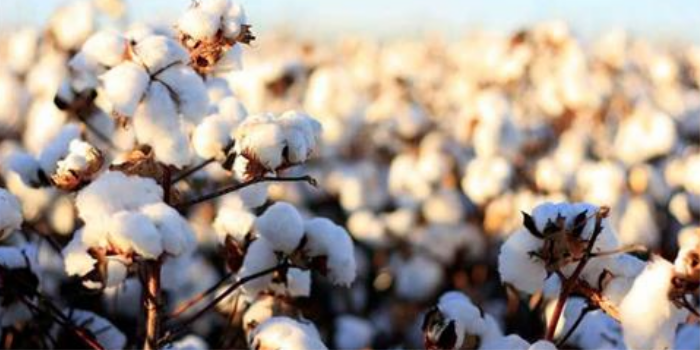 According to the Southern India Millsâ€™ Association (SIMA), the import duty on raw cotton would erode the competitiveness Indiaâ€™s value-added segments that has a business size of around Rs 50,000 crores in exports and Rs 25,000 crores in the domestic market.

The Indian textiles and clothing industry is predominantly cotton based and provides jobs to over 105 million people including 6.5 million cotton farmers. Cotton has been the engine of growth for the Indian textile industry since several decades and accounts for 80% of the total textile and clothing exports. Though the country has become the largest cotton producer in the world and accounting 1/3rd of the area under cotton, the availability of Extra Long Staple (ELS) cotton and the presence of high contamination in most Indian cottons have become major challenges for the Indian cotton textile industry, especially in the value-added segments both in the domestic and international markets. In addition, some importers of Indian home textiles and garments have specific requirements for using branded cottons such as Pima and Giza.

The existing BT technology that covers over 95% of the area under cotton has made India a cotton surplus country, only in the medium and long staple cotton varieties. Indian cotton varieties continue to remain in the top 10 world cotton varieties that contain the highest contamination levels. This is largely due to the manual picking and transport to the ginning units in small batches that is prevalent in most of the cotton growing areas. Therefore, the industry is depending on imports for extra-long staple (ELS), contamination free and sustainable cottons to produce high value-added products (400% to 500% of raw material cost). The import of such cottons accounts for only 4% of the annual cotton requirement in our country.

The Ministry of Textiles is in the process of launching the â€œNirmal (Clean) Cotton Missionâ€ to promote Speciality Cotton projects (ELS cotton and Organic Cotton) and to bridge the gap in the quality requirements by promoting a cleaner home-grown cotton brand, â€œKasturi Cottonâ€. The Indian cotton farmers are suffering due to the deterioration in the yields (from 567 kgs/ha achieved in 2013-14 to around 460 kgs/ha during the last two seasons) due to inconsistent rainfall and poor seed supplies. The Government is incurring huge losses in exercising MSP operations that had to be increased considerably to compensate the farmers adequately. The Technology Mission on Cotton 2.0, proposed by the Ministry of Textiles to address the issues of quality improvement and adoption of global best practices in cotton farming is yet to be announced and implemented.

The announcement with regard to the levy of 5% BCD and 5% AIDC with applicable cess on the import of cotton in the Union Budget 2021-22 does benefit the Indian farmers while having a severe detrimental impact on the high value-added segments and eroding the competitiveness of our garments and home textile exporters. The levy of these import duties is a major blow to the Indian cotton textiles industry which was just recovering from the losses suffered during the pandemic and lockdowns last year.

Similar import duty policy intervention of 10% customs duty, 4% additional customs duty and 3% education cess exercised during 2007-08 had a severe impact on Indian spinning industry and after understanding the ill effects the Government withdrew the import duty.

In a Press Release, Ashwin Chandran, Chairman, The Southern India Millsâ€™ Association (SIMA), has appealed to the Union Finance Minister to withdraw both the basic customs duty and the agriculture infrastructure development cess levied on cotton to create a level playing field on the raw material front for the Indian Textile and Clothing Industry. While appreciating the bold initiatives of the Finance Ministry in addressing the structural issues in man-made fibres (MMF), Ashwin Chandran stated that the import duty on raw cotton would erode the competitiveness the value-added segments that has a business size of around Rs 50,000 crores in exports and Rs 25,000 crores in the domestic market. These segments provide jobs to around 12 lakh people. He added, â€œIt has taken over a decade for the Indian textile industry to build up the market share in these segments and with the levy of cotton import duty, we will lose our competitiveness and market share to the competing countries such as Bangladesh, Sri Lanka, Pakistan and Vietnam.â€

SIMA Chairman stated that the Government might receive around Rs 360 crores per annum as additional revenue on account of the import duty on cotton but will in turn imperil annual GST revenues of around Rs 1800 crores. More importantly, the import duty will not benefit the Indian cotton farmers owing to the negligible volume of imports and the non-availability of such speciality cottons in India at the moment.

Bed linen and terry towel exports to USA to the tune of $ 1200 million and another $ 500 million to EU countries per annum are predominantly produced out of ELS and contamination free cottons. Ashwin Chandran pointed out that since the Indian textiles and clothing exporters are predominantly MSMEs, it is practically impossible for them to avail duty exemption under the Advance Authorization Scheme.

He stated, â€œNone of the countries in the global textile trade including our major competitors such as China, Bangladesh, Pakistan, Vietnam and Sri Lanka, levy an import duty on cotton. Therefore, this duty levied on cotton import during the last budget is a major concern and a huge impediment to our global competitiveness and future growth of our textile and clothing industry. We are given to understand that the Ministry of Textiles and the Ministry of Commerce and Industry have already recommended the removal of import duty on cotton and the Ministry of Agriculture has also given its nod.â€ Therefore, SIMA has fervently appealed to the Union Minister for Finance to take steps to withdraw the import duty on a war footing to enable the ailing Indian cotton textile industry to sustain its global competitiveness and achieve a sustained growth rate in the post-COVID period.