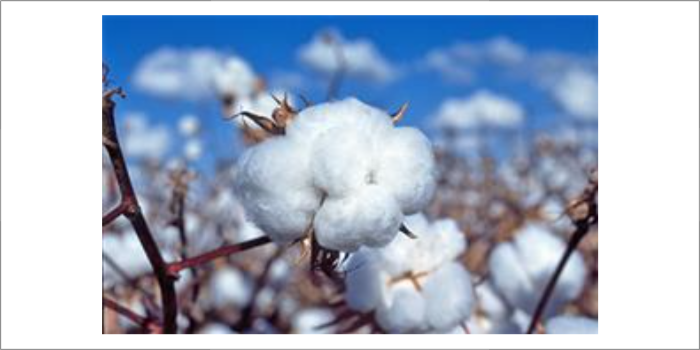 Shortage of VSF & ELS cotton in the industry: SIMA

The industry has been pleading the government to remove anti-dumping duty of USD 0.103 to 0. 512 per kg imposed on the VSF during the last several years, which is under active consideration

The Indian textiles and clothing
industry has established its dominant value added product market share both in
domestic and international markets during the last several years especially in
the recent past, more so in the superfine VSF and its blended textiles and
clothing products.  The industry has been
pleading the government to remove anti-dumping duty of USD 0.103 to 0. 512 per
kg imposed on the VSF during the last several years, which is under active
consideration.  The government is mulling
the removal at the time of sunset review which is due in August 2021.

In the meanwhile, the Union Budget 2021-22
imposed 5 per cent basic customs duty and 5 per cent AIDC on cotton (effective
rate 11 per cent including 10 per cent social welfare surcharge).  This has greatly impacted the supply chain of
both domestic and international markets and also spiraled domestic Indian ELS,
organic and contamination free cotton prices that are already under acute
shortage.

In a Press Release issued recently, Ashwin
Chandran, Chairman, The Southern Indian Millsâ€™ Association (SIMA), urged for
the immediate intervention of the Prime Minister for the removal of both
anti-dumping duty on VSF and also the withdrawal of 10 per cent import duty on
cotton.   He said that both the high
value added market segments account around Rs.1,50,000 crore business size and
employ over two million people, fetch GST revenue of Rs.5,000 crore and also
forex earnings to the tune of Rs 75,000/- crore apart from catering to the
value added segments.  He said that VSF
and superfine cotton value chain supplies to the international brands, who have
set up retails in the domestic market and the price crisis is being utilised as
an opportunity by the neighbouring countries like Bangladesh and therefore,
imports started looming large.

He has reiterated that out of 40 MMF products
identified by the Ministry of Textiles under PLI Scheme, 18 products are made
out of VSF and its blended fibres.  He
stated that the capacity utilization of the spinning and powerloom clusters in
Erode alone has been affected to the tune of 30 per cent and therefore, the
industry cannot wait till the sunset review and hence, urged the Prime Minister
to withdraw the anti-dumping duty immediately.

SIMA chief has stated that when the
industry is facing acute shortage of VSF fibre, there is no question of dumping
and causing injury to the domestic market.
He has stated that India has been mainly relying on the American PIMA
and Egyptian GIZA and other ELS cotton for the domestic and international
markets apart from the home grown DCH cotton.
He said that the industry has been mixing the imported cotton with the
indigenous cotton, as the availability of Indian cotton is not even 20 per cent
and the industry also has been mixing the imported ELS cotton with micro denier
polyester modal and other speciality manmade fibres to produce high value added
products.  He has stated that the
industry has also been using Bunny cotton grown in Telangana and other regions
for mixing with the imported cotton and produce fine count yarns and its
products.  Ashwin has said that the DCH
cotton was costing around Rs.52,000/- per candy of 355 kgs during October 2020
and Rs.65,000/- in January 2021 and the same got increased to Rs.73,000/- after
the levy of 10 per cent duty.  This has
greatly impacted the entire value chain.

Against this background, SIMA Chairman has
sought immediate intervention of the Prime Minister for the removal of
anti-dumping duty on VSF and withdrawal of 10 per cent import duty on cotton.