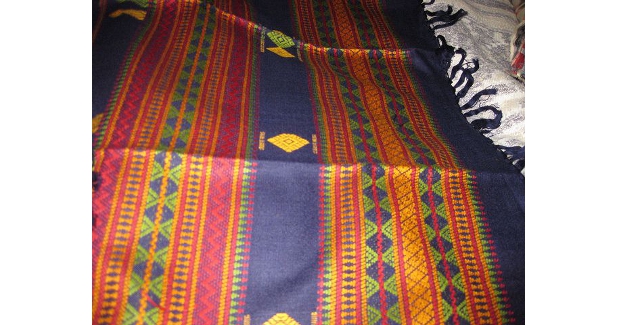 Manipuri weavers tie up with FabIndia

Manipuri women are well-known for weaving dreams on fabrics. Weaving is a favourite hobby of almost all Manipuri women as they are apt in handling the loom.

adminJune 23, 2017 12:00 am 1
Manipuri women are well-known for weaving dreams on fabrics. Weaving is a favourite hobby of almost all Manipuri women as they are apt in handling the loom. From intricate motifs to the quality of fabrics, Manipuri women create world class garments. Unfortunately, till date the women artisans of the State have not got their dues as they have hardly managed to turn their expertise in earning their livelihoods.
However, things are changing fast. Now, the women of Manipur will not only create best of fabrics on their handlooms but will also earn handsome money out of it.The collaboration between the traditional Manipuri artisans and the brand has been made possible because of the intervention by several NGOs and government-run bodies under a special project. As a part of the initiative, the Control Arms Foundation of India and the Manipur Gun Survivors Network, two NGOs, collaborated with the Northeast Centre for Technology Application and Reach (NECTAR), a government agency under the Union ministry of science and technology, and the craft company Rangsutra, joined hands to sell Manipuri handloom products to Fabindia last year.
In order to make the fabrics more trendy and fashionable, two Delhi-based designers provided training to the women weavers. Recently, Fabindia has bought textiles from weavers who work in remote parts of the northeastern state. According to a report, deal is worth Rs 14 lakh.
According to an estimate, around 33.7 per cent of the Manipurâ€™s households are associated with the handloom industry. In fact, the handloom industry comes second only to agriculture in terms of employment generation for women. Unfortunately, as the State has been ravaged by militancy for several decades, the weavers have failed to promote their products and turn handloom industry into a profitable business.
CATEGORIES Industry Update
TAGS loomsManipur textileManipur weavingweaving fabricsweaving industryweaving machines
Share This