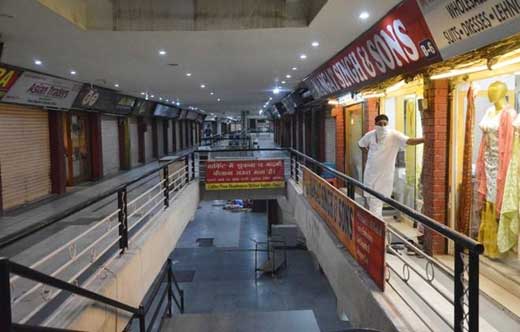 Ludhiana’s Textile Sector to Face Losses Due to Covid-19

The hosiery and textile sector in the city has been impacted by the lockdown-like restrictions in New Delhi, amid rising cases of Omicron, with industrialists reporting up to a 50% drop in sales.

The industrial representatives said the sector was slowly beginning to recover from the damage suffered due to the pandemic in the last two years, but the recent restrictions in the national capital, including a cap on gatherings in weddings, night curfew, odd-even scheme to open shops, had again created a sense of fear in the minds of traders, which has led to a nosedive in the demand of hosiery and textile.

Knitwear and Apparels Manufacturers Association of Ludhiana (KAMAL) president Sudarshan Jain said that, if the weddings do not take place, the sales of garments/textile will ultimately go down and they have already seen about a 50% drop in sales. He added that, once restrictions are imposed by the government, the public also stops spending on garments etc and starts to save money for emergencies.

Low sales this year due to relatively high temperatures being witnessed during the winter season and pandemic-related restrictions have added to the woes, the representatives added. Ludhiana Woollen Manufacturers Association and Knitwear Club president Darshan Dawar said that, with lockdown-like restrictions being imposed in other states including Haryana and West Bengal as well, the industrialists said the condition will further deteriorate and owners of many units will be forced to shut down operations.