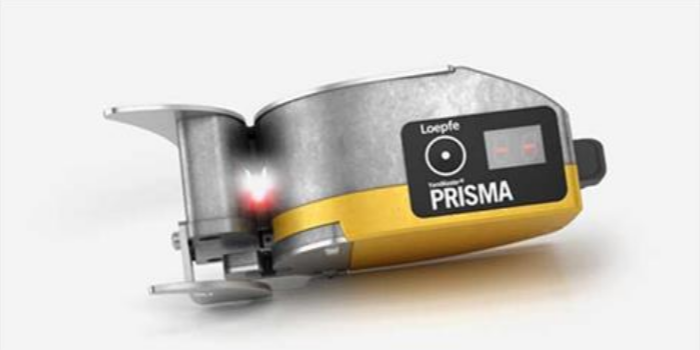 Loepfe announced the appointment of Dr Ralph Mennicke as CEO of Loepfe Brothers, effective from April 14, 2020.

Loepfe announced the appointment of Dr Ralph Mennicke as Chief Executive Officer of Loepfe Brothers, effective from April 14, 2020. Ralph Mennicke takes over from Maurizio Wermelinger who, having joined Loepfe in 2007, became CEO in 2009 and is now retiring.

The Loepfe Board of Directors appointed Ralph Mennicke as CEO to lead the company and its subsidiaries. Loepfe is the worldwide leading manufacturer and solution partner for online quality assurance systems in the textile sector. Machine manufacturers as well as spinning mills and weaving mills around the globe use and rely on Loepfe technology from Switzerland.

Since completing his PhD, Ralph Mennicke has contributed to technology, product and market expansion and acquisitions, as well as providing inspired and effective leadership during times of crisis in his previous company. In his quest to set industry benchmarks and deliver quality improvement for customers, Ralph Mennicke has also been heavily involved in global standardization activities within the sensor and measurement fields.

Loepfe CEO Dr. Ralph Mennicke said: â€œDespite the current difficult business environment as I begin my role as CEO of Loepfe, my commitment to taking our business and our people on a journey where we will seek to grow and grasp future upsides has never been greater. As in my previous roles, at Loepfe my strategy will continue to focus on leveraging committed talents, superior technology and unique market knowledge to gain and maintain a competitive edge in the markets.

It is my very good fortune to be joining Loepfe from a company now experiencing a dynamic growth environment, and also to follow Maurizio Wermelinger who led Loepfe for more than a decade and established the companyâ€™s reputation in the textile industry with some world-leading product brands. As well as Maurizio, I also thank the Loepfe Board of Directors and the Loepfe team for placing their trust in me to lead them through this tough period.â€

Loepfe Executive Chairman Alexander Zschokke commented: â€œThe Loepfe Group extends a big thank-you to Maurizio for his long, loyal and successful lead of the company, as well as a very warm welcome to Ralph. We are delighted to have Ralph on board to steer Loepfe through the challenging phase arising from the COVID-19 pandemic, and beyond. Furthermore, we are confident that Loepfe is in a strong position to emerge from this time with renewed vigour and sustained growth.â€