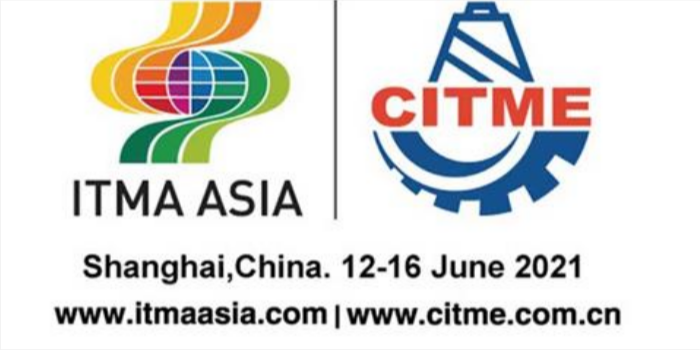 Following an eight-month postponement, the combined exhibition grossing 160,000-sq m brought together 1,237 textile machinery manufacturers from 20 countries and regions, and their buyers for face-to-face interaction.

Against the odds, the combined show only contracted by 10% in gross exhibition space. The better-than-expected performance of ITMA Asia + CITME attests to China being an attractive textile machinery market. As 2021 marks the first year of Chinaâ€™s 14th Five-Year Plan, it has ushered in fresh development opportunities for the local textile industry, according to the show owners.

Ernesto Maurer, President of CEMATEX, explained, â€œWe are extremely pleased to be able to stage Asiaâ€™s largest textile machinery exhibition during this challenging period, thanks to the strong performance of the Chinaâ€™s textile industry, and the support of our exhibitors and partners. This edition of ITMA Asia + CITME has further sealed the combined exhibitionâ€™s reputation as the leading-edge business platform in Asia for textile machinery.â€

Wang Shutian, honorary president of China Textile Machinery Association (CTMA), added: â€œEach edition of ITMA ASIA + CITME sees strong textile industry turnout. As an industry platform, it has been instrumental in facilitating the industrial upgrading of the textile industry in China and Asia. It is especially crucial now as the physical show allows companies to reconnect face-to-face again. Such meetings held in person are critical for building business relationships in the longer term and we are pleased to enable our participants the opportunity to do so in this exhibition.”

A total of 170 exhibitors from CEMATEX territories took part in the exhibition. They occupied over 9,200 sq m, amounting to 13 per cent of the net space. Two of the largest national groups were Germany and Italy. Fifty-seven German exhibitors occupied over 3,700 sq m while 63 Italian exhibitors took up over 2,500 sq m.

The next largest group of exhibitors came from Japan, taking up more than 2,200 sq m of net space. The Japanese participation was coordinated by the Japan Textile Machinery Association – a strategic partner of the combined show.

In term of product categories, similar to previous editions, spinning remained the largest sector, occupying 25% of the total exhibit space. The finishing sector forms the next biggest group at 24%, followed by knitting (13%), weaving (12%) and printing (8%).