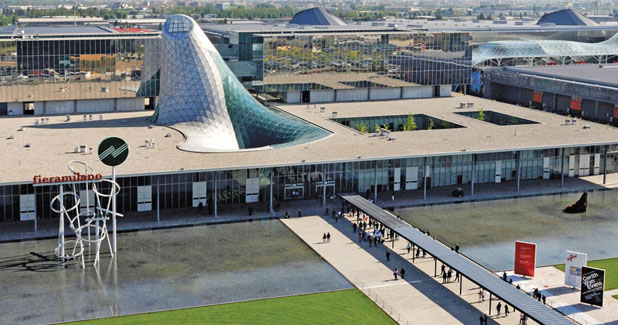 ITMA 2015 will be held at the Fiera Milano Rho from 12 to 19 November 2015, which will showcase end-to-end solutions for the entire textile and garment making chain. The exhibition has a gross size of over 2,00,000 sq m and over 1,500 exhibitors from 47 economies promise to launch innovations galore.

ITMA 2015 will be held at the Fiera Milano Rho from 12 to 19 November 2015, which will showcase end-to-end solutions for the entire textile and garment making chain. The exhibition has a gross size of over 2,00,000 sq m and over 1,500 exhibitors from 47 economies promise to launch innovations galore.

For the fourth time since 1959, the ITMA Europe returns to Milan. The proud city in northern Italy, its residents and, above all, the well in excess of 1,500 international exhibitors will give it their all to ensure that the trade fair on more than 100,000 mÂ² exhibition area fulfills every expectation of each and every visitor. Between November 12-19, 2015, the entire textile machine industry will convene at one of the worldÂ´s largest trade fair locations, the Fiera Milano Rho.

This yearÂ´s ITMA will be staged at Fiera Milano Rho which opened its doors in 2005. ITMA will be occupying some 2,00,000 sq m of the fairgrounds. Says Charles Bedouin, President of CEMATEX, owners of ITMA: Â´The response from the industry has been very enthusiastic; based on the number of exhibitors and exhibition size, the upcoming exhibition will be bigger than its 2011 showcase. Currently, we have over 1,500 exhibitors from more than 40 countries.Â´

The latest news from ITMA organisers is that first ITMA Sustainable Innovation Award finalists revealed. CEMATEX, the European Committee of Textile Machinery Manufacturers, is pleased to announce that six finalists have been shortlisted from some 30 entries for its first ITMA Sustainable Innovation Award. Three of the finalists are vying for the ITMA Industry Excellence Award while the remaining three are competing for the ITMA Research & Innovation (R&I) Excellence Award.

Industry Excellence Award
The Award recognises textile and garment manufacturers who have leveraged on technological innovations to advance business sustainability that benefit people, planet and profit. After much deliberation, the judges have picked the following three finalists who have worked closely with ITMA 2015 exhibitors to introduce innovative solutions to their production process or products:
Berto Industria Tessile SRL (Italy): Berto Industria Tessile, a leading vertically integrated manufacturer of denim products, was quick to recognise the economic and ecological advantages of the MatexÂ® Eco Applicator range by ITMA exhibitor Monforts. They were the pioneer in adopting MonfortsÂ´ innovative technology, which enabled them to significantly reduce the amount of liquid needed in finishing denim fabrics, leading to energy savings and a huge reduction in waste water produced.

GebrÃ¼der Otto GmbH & Co. KG (Germany): GebrÃ¼der Otto, one of the leading yarn manufacturers in Europe, implemented Mayer & CieÂ´s spinitsystemsÂ® to produce single jersey fabric using up to 35 per cent less energy compared to the conventional process. As a spinning mill, GebrÃ¼der Otto produces the roving bobbins which are processed on the Spinit machines.

Levi Strauss & Co. (USA): Levi Strauss & Co, one of the worldÂ´s largest brand name apparel companies and a global leader in jeanswear, has started preliminary development work in their Plock facility in Poland using the NoStoneÂ® garment washing technology. TonelloÂ´s NoStoneÂ® technology provides Levi Strauss & Co. an important first step to solving an industry challenge to make denim finishing more sustainable, cost-effective and efficient. Beauduin, who sits on the Industry Excellence Award judging panel and is also President of CEMATEX, said: Â´We thank ITMA 2015 exhibitors for supporting this award. What differentiates this award from other industry recognition is that we celebrate the successful