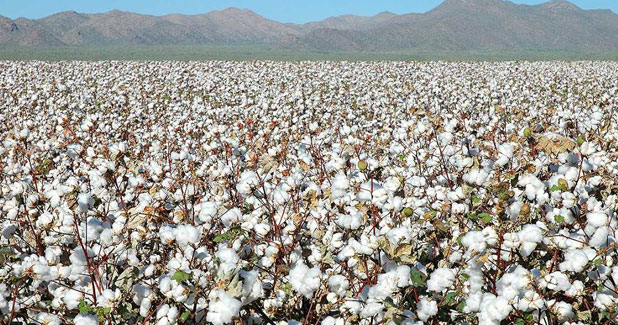 Another bumper crop of cotton is in offing and tremors are felt already on the price front. The Cotton Corporation of India (CCI) is getting ready for yet another year of minimum support price (MSP) operations.

Another bumper crop of cotton is in offing and tremors are felt already on the price front. The Cotton Corporation of India (CCI) is getting ready for yet another year of minimum support price (MSP) operations. In the 2014-15 season, CCI had purchased 87 lakh bales. Moreover, the carryover stock with CCI from 2014-15 is to the tune of 19 lakh bales.These will have to be exhausted before CCI goes in for MSP operations.

Last year, China curtailing cotton imports led to the MSP operations in the country. This in turn resulted in a huge stock of cotton in India that led to weakening of prices, which forced the need for market intervention. Indian cotton production touched 400 lakh bales in the 2014-15 season. Last year, CCI had procured Rs 16,000-crore worth cotton from farmers incurring losses to the tune of Rs 2,700 crore. The acreage under cotton this year is likely to be 5-8 per cent less than last year and the output is likely to touch 350-380 lakh bales. The first estimates given out by the Ministry of Agriculture say that cotton output is likely to touch 335 lakh bales this season.

The CAI has also released its August estimate for the ongoing cotton season 2014-15 and retained the crop at 382.75 lakh bales of 170 kg each. As may be noticed, the country is set to witness one of the highest closing stocks in the history, as at the close of the cotton season 2014-15.

At the same time, Intercontinental Exchange (NYSE: ICE), the leading global network of exchanges and clearing houses, has announced that ICE Futures U.S. will launch a World Cotton contract on November 2, 2015. The World Cotton contract will price delivery of multiple origins and allow delivery in multiple locations around the world. The new contract will trade alongside ICE’s benchmark Cotton No. 2 contract. "The new contract is based on extensive conversations with our customers about the need for a broader price benchmark that reflects the global nature of today’s cotton markets," said ICE Futures U.S. President Benjamin Jackson. "We have worked closely with cotton industry participants to design a contract that complements our Cotton No. 2 contract and enhances the ability for cotton growers and consumers to efficiently manage their pricing risk."

Key details of the World Cotton futures contract include: