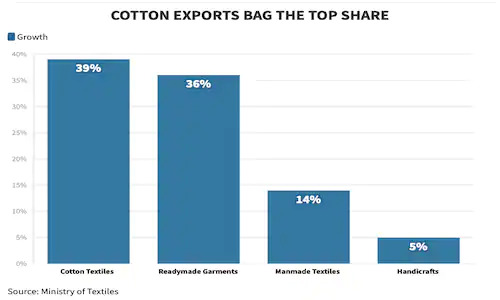 India’s textile and apparel exports reached $44.4 billion in the fiscal year 2021-22, the highest ever. The government announced in a press release that this was a 41 percent increase over the 2020-21 fiscal year and a 25 percent increase over the previous year. With a 27 percent share of India’s textile and garment exports, the United States was the country’s largest customer.

Here are some of the highlights:

After China and the European Union, India is the world’s third-largest textile exporter.