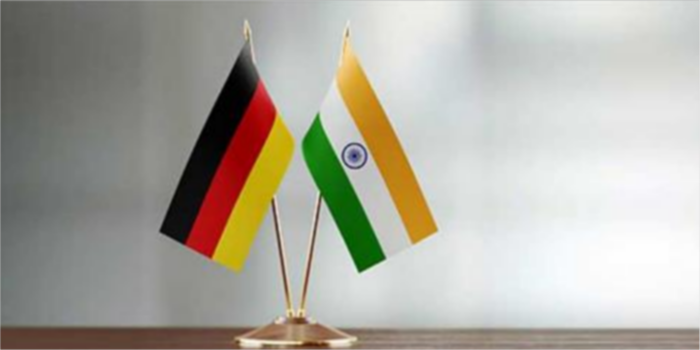 India and Germany have a long history of trade and collaboration in the manufacturing sector, especially in textiles. There is a strong growth case for the textiles and apparel (T&A) industry, and in turn, a strong policy and business case for close collaboration between German and Indian industry.

adminAugust 1, 2021 12:00 am 0
India and Germany have a long and deep trade relationship, extending back to the foundation of the Federal Republic of Germany and the Republic of India in the early 50s. Over the years, this partnership has deepened with cultural, commercial, technological, and political cooperation between the two countries resulting in strong ties in the modern era.
India and Germany have strong trade relations in several key industries extending back hundreds of years. In the 16th century, Jakob Fugger, a German merchant and banker financed the voyage of the first German ships to Goa, and in the 19th century, Siemens, the German industrial giant set up the first telegraph connection between Kolkata and London, via Berlin.
In the modern era, deep trade relations exist between Germany and India. Germany’s major exports to India include machinery, electronics, tools and equipment, vehicles, plastics, chemicals, and pharmaceuticals. Likewise, India’s major exports to Germany include machinery, organic chemicals, electronics and equipment, textiles, metal products, and pharmaceuticals. Of note, textiles and textile products comprised more than $1.8 billion of India’s exports to Germany. Germany is India’s largest trading partner in the EU and its sixth-largest trading partner worldwide.
India and Germany also have a long-standing educational and cultural connection. In 1956, The Indian Institute of Technology Madras was set up with technical and financial assistance from the German government and was at the time the largest educational project sponsored outside the country. In 2019, more than 25,000 Indian students studied in Germany in a wide range of fields including engineering, management, and the natural sciences and despite the COVID-19 pandemic, demand for higher education in Germany is strong.
Indo-German trade links
German companies are also some of the industry leaders in India across a variety of sectors, generating vast employment for Indians as well as providing a skilled, English-speaking workforce for the German companies. As stated by Chancellor Merkel during her 2015 state visit to India, “India needs jobs, Germany needs people and collaboration is crucial to meet the demographic needs of both countries.” Over 2000 German companies have a presence in India, and over 600 joint venture operations in effect between Indian and German companies in key industries including automotive, technology, IT, and Industrials, with companies like Siemens, Robert Bosch, SAP, Mercedes-Benz, Continental, and VW employing hundreds of thousands in the country. In turn, major Indian industrial and IT companies operate in Germany including Bharat Forge, TCS, Wipro, Infosys, and Dr Reddy’s employs upwards of 25000 people.
India and Germany do not have a specified trade agreement, however, talks between the EU and India on a Free Trade Agreement are expected to resume shortly after 8 years of stalemate. While earlier talks failed on the issues of import duties and access for working professionals to the EU, in a post-Brexit, post-dual circulation world where global supply chains are starting to be seen as a liability, these regional and more bi-directional supply chains may be the way of the future rather than the sprawling multilateral network of today. Germany may hope to see India as a large market for industrial goods, as well as for products in the automotive, agricultural, and fashion sectors as rising incomes increase demand for foreign goods. In turn, India may hope to see greater manufacturing investment and collaboration to help achieve the government’s manufacturing and GDP growth targets, as well as to expand the local skill and capabilities pool to offer a robust challenge to China, as well as emerging manufacturing economies like Vietnam, Malaysia, and Indonesia.
The Indian and German governments have several economic and trade collaborations in effect with the aim of improving the Ease of Doing Business. These include the Indo-German Fast Track mechanism, which serves to expedite the resolution of issues faced by German companies, and the Make in India-Mittelstand (MIIM) programme, which aims to facilitate the entry of German MSMEs (Mittelstand companies) to the Indian market. The latter programme has seen over 130 companies enter the market since 2015.
CATEGORIES Automation
TAGS German Engineering FederationIndia-Germany trade relationtextile exportstextile machineryVDMA
Share This