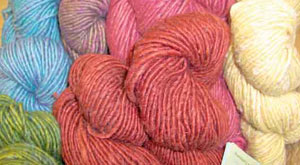 Between mills, the conversion cost differed considerably in all the counts, ranging from about 20 per cent to over 100 per cent, find J Sreenivasan and D Shanmuganandam.

Between mills, the conversion cost differed considerably in all the counts, ranging from about 20 per cent to over 100 per cent, find J Sreenivasan and D Shanmuganandam.

In yarn manufacturing, conversion cost is defined as the combination of various expenses that are involved in fibre to yarn conversion. Profit margin is decided by three parameters viz. yarn selling price, raw material cost and conversion cost. The first two parameters, also known as commercial parameters, are considerably determined by a number of external factors like demand and supply, interest rate and availability of working capital, economy of importing countries, vagaries of the nature (like drought, floods, storm, etc.), trade policy, etc., which are entirely not under the control of the managements. On the other hand, the conversion cost can be controlled to a great extent by utilising the various resources such as man, machine and material efficiently.

Using the conversion cost particulars that were collected from mills in the 29th CPQ study (costs, operational performance and Yarn quality) conducted by SITRA, covering data for the second quarter of 2013 (April-June), a detailed analysis was made for 11 different counts. In addition, changes in the conversion cost that were noticed in 2013 in seven popular counts when compared to that prevailed in 2010, are also covered in the paper.

The average conversion cost, in terms of per kilogram of yarn, was found to increase steeply as the count became finer, i.e., from as low as about Rs 63 in 30s count to a high of about Rs 185 in 80s count. Between mills, the conversion cost differed considerably in all the counts, ranging from about 20 per cent to over 100 per cent, the overall difference being high at 55 per cent. Such a huge difference in the conversion cost between mills is mainly due to the variation in operational parameters like production rate, labour productivity, capacity utilisation, energy consumption etc., and cost parameters such as wage rate, staff salary, power cost per unit, stores and packing materials cost, interest commitment and investment on plant & machinery.

In terms of per kilogram per count, the conversion cost did not show any clear trend between counts. The conversion cost averaged at Rs 2.10 per kg per count, varying from Rs 1.85 to Rs 2.30 between counts. However, in terms of per spindle shift, it showed a declining trend as the count became finer i.e. in 30s CH-Ex., it was around Rs 12 whereas in 80s C, it was only about Rs 7.

Profitability of a spinning mill is decided by its commercial performance on one hand and conversion cost on the other. The difference between yarn selling price (YSP) and raw material cost (RMC) is a measure of commercial performance which is also known as net output value (NOV). Average NOV, conversion cost and net profit margin for the 11 counts pertaining to the period April-June 2013 are given in Table 2 and count-wise average YSP and RMC are given in Table 3.

The above table shows that there was no trend in the profitability between counts. On the average, nearly 90 per cent of the amount that was left out after meeting the raw material cost was engulfed by the conversion cost, leaving the balance for profit. Profit margin averaged at 4 per cent of the YSP, ranging<