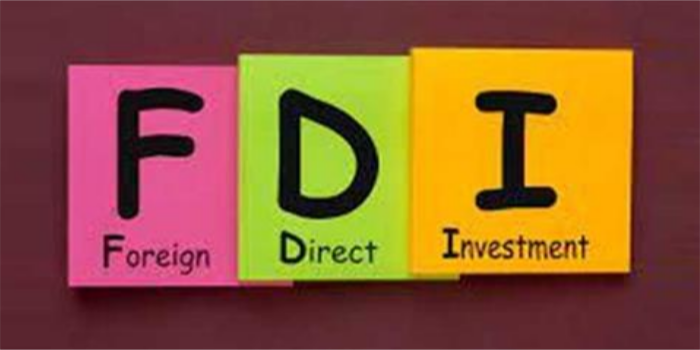 As per UNCTAD World Investment Report, 2021, FDI flows in 2020 to developing Asian countries increased by 4% and reached $535 billion while the global FDI dropped by 35% and has reached $1 trillion.

As per UNCTAD
World Investment Report, 2021, FDI flows in 2020 to developing Asian countries
increased by 4% and reached $535 billion while the global FDI dropped by 35%
and has reached $1 trillion. As per the World Investment Report 2021 of the
United Nations Conference on Trade and Development (UNCTAD), developing Asian
countries like Hong Kong, China, India, and UAE have registered growth in FDI
flows in pandemic hit 2021 defying the global trend. According to James Zhan,
Director, UNCTAD, only developing Asia has recorded FDI growth, accounting for
more than half of the global outwards and inwards FDI flows. He also added that
FDI prospects in 2021 for Asia are favourable than the global average.

FDI in India has increased by 27% in 2020 and has
reached $64 billion. As per the report, there has been robust investment in
Indiaâ€™s Information and Communications Technology and construction sector due
to which Indiaâ€™s FDI inflows have increased.
With major deals in health, infrastructure, ICT, and energy, Indiaâ€™s
cross-border M&As have surged 83%.

The outward flow
from Asia increased by 7% and has reached $389 billion. This is the only region
that has recorded expansions in outflows. This growth was driven by investment
from Hong Kong, China, and Thailand.

According to the
report, FDI prospects for the region are more favourable than the global
outlook and might lead to a growth of 5-10%. India plays a big role in Asia
bucking global trend.