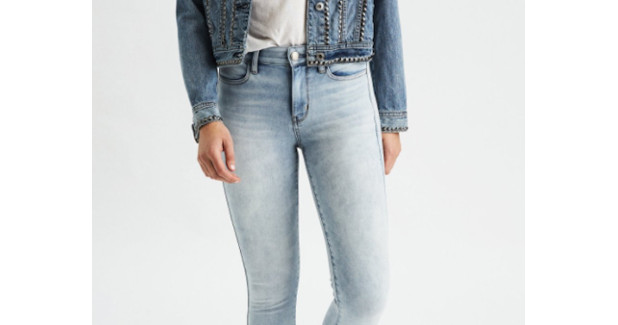 Athleisure became such a phenomenon that in 2017, for the first time in history, US imports of stretchy knit pants exceeded those of blue denim jeans, according to data from the US Census Bureau. But now denim is making a comeback.

Stretchy athletic wear has dominated fashion for several years. Between 2011 and 2016, the market for athletic wear grew to be 30 per cent of the total clothing and footwear industry, increasing an impressive 7 per cent a year compared to the 1 per cent growth of the apparel sector in general, according to Wells Fargo analysts.

Athletic brands such as Lululemon, Under Armour, and Nike led the way from the get-go, but eventually, even more traditional clothing stores such as Gap, J. Crew, and Forever 21 followed suit in the hope of boosting their own sales.

Athleisure became such a phenomenon that in 2017, for the first time in history, US imports of stretchy knit pants exceeded those of blue denim jeans, according to data from the US Census Bureau.

But now denim is making a comeback.

In its most recent earnings, reported at the end of March, Calvin Klein and Tommy Hilfiger parent company PVH said that jeans showed "incredible improvement" in 2017. In particular, Calvin Klein jeans showed "tremendous strength and outsized growth above our average order book growth," CEO Manny Chirico said in a call with investors. The Calvin Klein brand is benefiting from a resurgence in ’90s fashion, and it isn’t alone.

America’s most famous jeans maker, Levi’s, reported an 8 per cent sales increase in 2017, which was the highest growth rate in a decade. The company is capitalizing on a resurgence of its vintage styles driven by trendy shoppers who have been willing to spend hundreds of dollars on its jeans in secondhand stores.

Teen retailer Abercrombie & Fitch reported six years of dismal sales before it recorded positive same-store sales growth in the fourth quarter of 2017. In a call with investors, CEO Fran Horowitz-Bonadies confirmed that this was partly due to an increase in denim sales across its brands, especially at Hollister, which had "a record year" in denim sales, she said.

Some analysts say that athletic wear has hit its peak, partly because the market is now overcrowded with options.