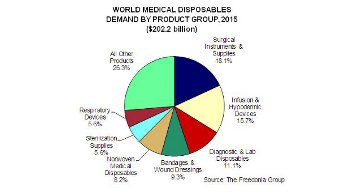 The fibre manufacturer Accordis Industrial Fibres BV, Arnhem/ Netherlands reports that the global market for PA airbag was 84,000 tonne in 2005.

adminNovember 22, 2016 12:00 am 2
The fibre manufacturer Accordis Industrial Fibres BV, Arnhem/ Netherlands reports that the global market for PA airbag was 84,000 tonne in 2005. The world airbag market is estimated to have risen from 66 million units in 1996 to over 200 million units in 2006, a compound annual growth rate of 12 per cent. Over this decade, Europe will put in 60 million units, Asia-Pacific 30 million units and North America 24 million units.
In 1999, there were 55 million vehicles with 81 million airbags. In 2004, the number of frontal airbag units was nearly 100 million and the number of side-impact airbags nearly 65 million. In the same year, nearly 23 per cent of the new vehicles in North America had side airbags for chest protection and 17 per cent had side airbags for head protection. By 2005, this has increased to 180 million airbags and 65 million vehicles. Fabric application demand has increased to 325 million square meters in 2005, and 83 tons of fibre, mostly nylon has been used.
With the rising level of automobile production and its corresponding worldwide stocks based on the rapid industrialisation in Asia, Africa and Latin America plus the rising demand in Eastern Europe, the proportion of textiles in a motor car is increasing in response to more stringent comfort and safety needs in industrialised countries like the USA, Japan and Western Europe.
Nearly two third of the automobile textiles are for interior trim, ie, seat cover, carpets and roof and door liners. The rest is utilised to reinforce tyres, hoses, safety belts, air bags, etc. It is projected that nearly 45 square meters of textile material is utilised in a car for interior trim (seating area, headlines, side panel, carpet and trunk).
CATEGORIES Industry Update
TAGS AccordisAirbagsAutomotive textilesindustrial fibreTextile Industrytextile news
Share This