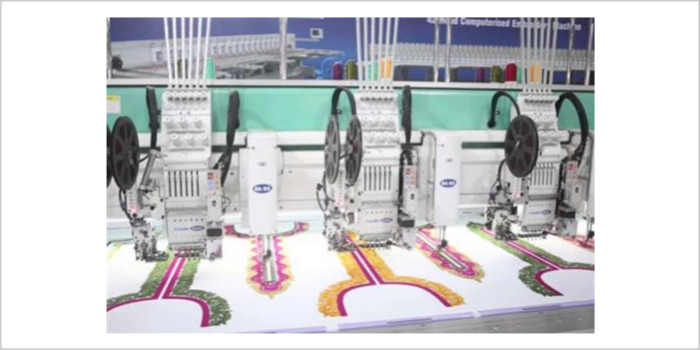 In 2019, global shipments of spinning, texturing, weaving, knitting, and finishing machines decreased on average compared to 2018. Deliveries of new short-staple spindles, open-end rotors, and long-staple spindles dropped by -20 per cent, -20 per cent, and -66 per cent, respectively. The number of shipped draw-texturing spindles declined by -4.5 per cent and deliveries of shuttle-less looms shrunk by -0.5 per cent. Shipments of large circular machines contracted by -1.2 per cent, while shipped flat knitting machines fell by -40 per cent. The sum of deliveries in the finishing segment also dropped by -2 per cent on average.

These are the main results of the 42nd annual International Textile Machinery Shipment Statistics (ITMSS) just released by the International Textile Manufacturers Federation (ITMF). The report covers six segments of textile machinery, namely spinning, draw-texturing, weaving, large circular knitting, flat knitting and finishing. A summary of the findings for each category is presented below. The 2019 survey has been compiled in cooperation with more than 200 textile machinery manufacturers representing a comprehensive measure of world production.

Spinning machinery
The total number of shipped short-staple spindles decreased by about 1.7 million units in 2019 to a level of 6.96 million. Most of the new short-staple spindles (92 per cent) were shipped to Asia and Oceania, where delivery decreased by -20 per cent. While levels stayed relatively small, Africa and South America saw shipments increasing by +150 per cent and +120 per cent, respectively. The six largest investors in the short-staple segment were China, India, Uzbekistan, Vietnam, Pakistan, and Bangladesh.

About 5,63,600 open-end rotors were shipped worldwide in 2019. This represents a 1,47,500-units drop compared to 2018. 90 per cent of global shipments went to Asia and Oceania where deliveries decreased by -21 per cent to 5,17,000 rotors. Indonesia and Pakistan, the worldâ€™s fifth and sixth largest investors in open-end rotors, increased their investments by +120 per cent and 15 per cent, respectively. China, Vietnam, India, and Uzbekistan, the worldâ€™s 1st to 4th largest investors in 2019 decreased investment by -48 per cent on average.

Texturing machinery
Global shipments of single heater draw-texturing spindles (mainly used for polyamide filaments) increased by +12 per cent from nearly 22,800 in 2018 to 25,500 in 2019. With a share of 88 per cent, Asia and Oceania was the strongest destination for single heater draw texturing spindles. China and Chinese Taipei were the main investors in this segment with a share of 64 per cent and 12 per cent of global deliveries, respectively.

The main destination for shuttle-less looms in 2019 was Asia and Oceania with 95 per cent of all worldwide deliveries. About 98 per cent, 93 per cent, 86 per cent of all water-jet, air-jet, and rapier/projectile looms went to that region. The main investors were China and India in all three sub-categories. Deliveries of weaving machines to these two countries reached 89 per cent of total deliveries. Bangladesh further played an important role in the rapier/projectile segment with 20 per cent of global shipments.

Circular & flat knitting machinery
Global shipments of large circular knitting machines fell by -1.2 per cent to 26,400 units in 2019. The region Asia and Oceania was the worldâ€™s leading investor in this category with 86 per cent of worldwide shipments. With 61 per cent of all deliveries (i.e. 13,143 units), China was the favoured destination. India and Vietnam ranked second and third with 2,670 and 2,210 units, respectively.

In 2019, the segment of electronic flat knitting machines decreased by -40 per cent to around 96,000 machines. Asia and Oceania was the main destination for these machines with a share of 92 per cent of world shipments. China remained the worldâ€™s largest investor with an 80 per cent-share despite a -44 per cent-decrease in investments from 1,22,550 units to 68,760 units.

Finishing machinery
In the â€œfabrics continuousâ€ segment, shipments of stenters and washing (stand-alone) grew by +34 per cent and +0.6 per cent. The growth in stenter deliveries is mainly explained by the addition of ITMFâ€™s estimate for the number of stenters. The total number of shipped stenters of 1,700 units thus represents an estimate of the total market for this category.

In the â€œfabrics discontinuousâ€ segment, the number of jigger dyeing/beam dyeing shipped rose by +35 per cent to 561 units. Deliveries in all other machine categories in both finishing sub-segments (i.e. continuous and discontinuous) decreased in 2019.