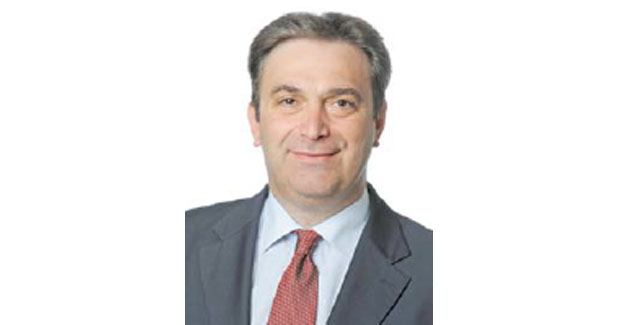 Uster Technologies is to have a new Chief Executive, in a carefully-planned and phased handover by April 2016. At his own request, current CEO Dr Geoffrey Scott will take early retirement, and will be succeeded by Thomas Nasiou, currently the companyÂ´s Head of Textile Technology.

Uster Technologies is to have a new Chief Executive, in a carefully-planned and phased handover by April 2016. At his own request, current CEO Dr Geoffrey Scott will take early retirement, and will be succeeded by Thomas Nasiou, currently the companyÂ´s Head of Textile Technology. The announcement emphasises UsterÂ´s foresight in formulating a succession plan for the leadership of the company into the future.

Dr Scott, who has been CEO for the past 16 years, has chosen early retirement: Â´Since the formation of Uster Technologies in 2003 following the first Management Buyout, we have been through some exciting and challenging times, including being publicly listed on the Swiss SIX Exchange, managing through the financial crisis, the investment and subsequent takeover by Toyota Industries and most recently the successful acquisition of Jossi Systems,Â´ he says. Â´We have developed a profound focus on the needs of our customers. We are committed to providing the best solutions to help our customers with the many challenges they face in todayÂ´s demanding market environment. The work has been enjoyable but demanding. It is time to slow down a little and to spend more time with my family. It is the right time to step back from the CEO role and hand over the leadership role to a Â´new set of handsÂ´. And I believe that now is an optimal time from the viewpoint of both the company and our customers. We have the ideal successor here already, so we can work towards a seamless transition for the future sustainability of the business.Â´

The new CEO will take over on April 1, 2016. Dr Scott will continue to provide support to the company and to the Uster management in future as a member of the Board of Directors.

As Head of Textile Technology and a member of the Executive Board, Nasiou has extensive experience of the textile industry, with UsterÂ´s customers, markets and the company. His experience has been gained working through the value chain from cotton farming, ginning, and spinning and through various roles in Uster. He has a detailed understanding of the needs of modern textile manufacturers.

Â´This background makes him uniquely qualified to take the next step as CEOÂ´, says Dr Scott: Â´Thomas NasiouÂ´s deep textile expertise, knowledge and commitment to Uster and its long term strategy will ensure continuity and stability of the Uster business.Â´

From 1995 until 2006, Nasiou worked as a mill manager and head of quality control at Selected Textiles SA, in Farsala, Greece. His special responsibilities covered customer support, optimization of production cost and quality, raw material management and liaison with cotton ginning firms. This diverse skillset was the foundation of his expertise in quality-minded spinning.