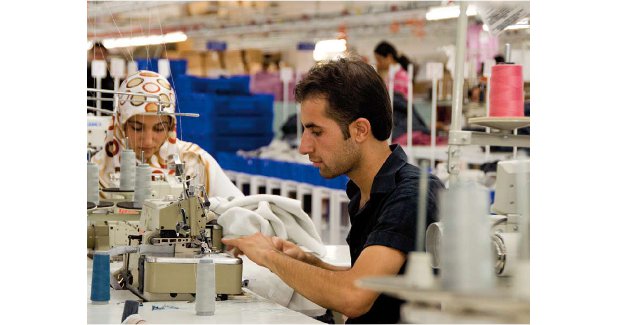 Turkeyâ€™s textile and apparel industry, which has had a relatively sluggish performance over past few years, is now showing signs of recovery.

Turkeyâ€™s textile and apparel industry, which has had a relatively sluggish performance over past few years, is now showing signs of recovery, with some even making bigger inroads into the global market. Details on these growing segments, including Turkeyâ€™s cotton demand, apparel exports and technical textile sector are some of this weekâ€™s featured stories on BizVibe, which is claimed to be the worldâ€™s smartest B2B marketplace.

As Turkeyâ€™s export-oriented textile and apparel industry is starting to thrive, Turkeyâ€™s cotton demand is also soaring, and is expected to reach 6.89 million bales in 2017, marking the highest cotton demand in the last ten years. Currently, Turkey is still the worldâ€™s second largest consumer of cotton, with an approximate 350,000 tons of cotton fibre consumed in Turkey every year.

Meanwhile, Turkeyâ€™s domestic cotton production is also forecast to surge by 21  per cent year on year in 2017, hitting 3.21 million bales. This is also the highest cotton production in Turkey since 2006-07, mainly driven by the increasing cotton planting area, higher local cotton prices and more local farmers switching from planting low return crops such as corn to cotton.

Overall, the predicted growth of Turkeyâ€™s apparel exports is also backed by the increasing exports to EU and other markets, depreciation of the Turkish lira, more foreign investment as well as government support.