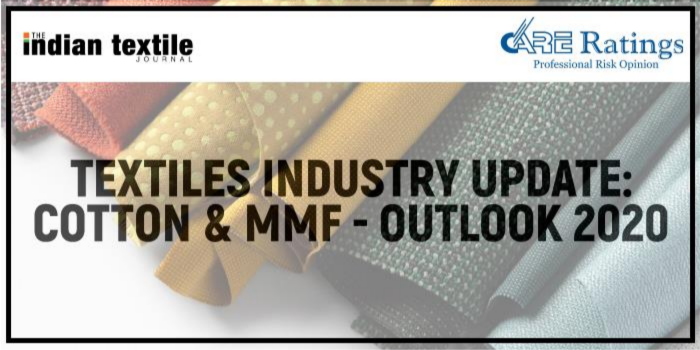 Indiaâ€™s cotton production is likely to witness a decline of about 15.7 per cent in cotton season (CS) 2018-19 with production at 5.3 billion kg during the year on back of fall in acreage under cotton due to unfavourable weather conditions and uneven and inadequate rainfall in key cotton-growing States.

Indiaâ€™s cotton production is likely to witness a decline of about 15.7 per cent in cotton season (CS) 2018-19 with production at 5.3 billion kg during the year on back of fall in acreage under cotton due to unfavourable weather conditions and uneven and inadequate rainfall in key cotton-growing States. Cotton prices during the year remained largely stable or increased only marginally on back of weak demand in the market.

In CS19, Indiaâ€™s production is projected at 5.3 billion kg, lower by a sharp 15.7 per cent on a y-o-y basis on account of scarcity of water led by uneven and inadequate rainfall in key cotton producing States during the year. Also, some cotton crop was destroyed during the season due to increase in incidents of pest attacks in Maharashtra and Karnataka leading to lower yields. It should also be noted that the acreage under cotton during the current cotton season decreased by about 1.5 per cent to 12.2 million hectares vis-Ã -vis an increase of about 14.5 per cent during CS18.

The domestic MMF industry mainly comprises of two components i.e., polyester and viscose, which together accounts for about 94 per cent (in volume terms). Under this, polyester accounts for about 77.5 per cent, while viscose accounts for the remaining share. MMF is primarily used to produce 100 per cent non-cotton fabrics and blended fabrics, which are in turn used in ready-made garments, home textiles and other industrial textiles. MMF production witnessed an increase of about 3.7 per cent y-o-y in FY19 after declining about 0.7 per cent in FY18.

Going forward, cotton yarn production is expected to witness an increase of about 3 to 5 per cent from current levels and reach 4,300 to 4,400 million kg in FY20, despite high cotton prices and subdued domestic demand, on back of higher demand from China, Bangladesh and Vietnam.

The Indian Textiles and Apparels (T&A) industry accounts for approximately 4 per cent of the global T&A market. The industry contributes approximately 7 per cent to industrial output in value terms, 2 per cent to the GDP and 15 per cent to the countryâ€™s export earnings. A growing economy, rising disposable income and the growing aspirations of Indian consumers is expected to drive growth in the Indian T&A industry. Indiaâ€™s apparel exports grew at a CAGR of 5.7 per cent from $10.7 billion in FY10 to $16.7 billion in FY18. The growth in exports can be attributed to shifting of the apparel manufacturing base from the developed countries like the US and the EU to the low-cost countries such as China, Vietnam, India, Bangladesh and others.

Traditionally Indiaâ€™s apparel exports have been significantly higher compared to imports both in absolute as well as a share in the textiles pie. However, even as exports outpace imports by a significant margin, the rise in imports of finished apparel rather than raw material indicates that a bulk of the value addition is being done overseas, impacting domestic manufacturers negatively.

The demand for textiles and apparel is being primarily driven by rise in disposable income which increases ability to consume, increased usage of plastic money leading to impulsive buying among the Indian consumers, intensifying urbanization leading to demand of varied goods and services, positive demographic dividend along with changing consumer preference (ready to stitch), increased organised retail which increases availability and the rise of private labels coupled with increase in (ready to wear) RTW rather than RTS (ready to stitch), and growth of internet penetration and rise of e-commerce as a viable alternative sales channel.