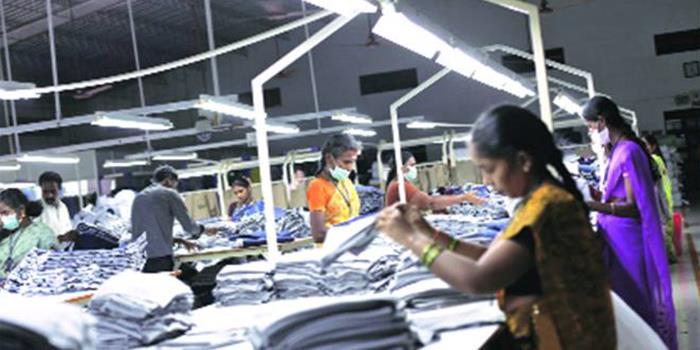 Here’s how we can rescue MSMEs

Majority of Indiaâ€™s businesses are small â€” 99 per cent of them have an annual revenue of less than Rs 2.5 billion.

The Supreme Court has chosen to turn a deaf ear to the pleas of the small businesses of the country wanting it to ward off the looming threat of penal action under the Ministry of Home Affairs order and the Disaster Management Act. Under this order and the provisions of the Act, enterprise owners would have to pay salaries and wages to their employees compulsorily even while their businesses are under lockdown or face penal action.

Therefore, small business owners have now joined the clamour for loans to facilitate the payment of salaries and wages. Meanwhile, experts are debating whether India has provided enough of an economic stimulus in comparison to western economies. Printing of currency seems to be cited as a â€˜nuclearâ€™ option or a last resort, with several international experts having given their opinions on this. Economic experts have also been debating what the exact GDP growth figure would be, although they have finally conceded that no one really knows the right answer. More practical discussions are centring on the need to lift the lockdown, which is well past a 40-day period.

In all the above, two vital aspects are being completely missed:

The economy is currently in shock. It has been disrupted and gone into slumber. It is gripped by anxiety and fear. Large enterprises can bear this shock as they are insulated with reserves. Rajiv Bajaj, Managing Director, Bajaj Auto, candidly confessed that his company is well insulated by accumulated reserves and can ride the rest of the year without subjecting employees to any difficulty.

But the overwhelming majority of Indiaâ€™s businesses are smallâ€”99 per cent of them have an annual revenue of less than Rs 2.5 billion. To give this more perspective, of the 63.3 million MSMEs in India, 63 million are micro enterprises; i.e. their investment in plant and machinery is under Rs 2.5 million in manufacturing and their investment in equipment is under Rs 1 million if they are in services. They employ 110 million of the workforce of India. So even though they are estimated to be 63.3 million in number, only about 12 per cent of them (or 700,000) file tax returns. Yet, they collectively contribute to over 48 per cent of Indiaâ€™s exports.

To save the 63.3 million MSMEs, extending loans for paying salaries and wages seems like financial supportâ€”but it may well be laying a debt trap for them. Already, the three-month moratorium provided by banks for EMIs is understood to carry interest for these three months too, thereby just offering a deferment of the pay-out and not the liability. Now, a loan to tide over a wage bill that apparently appears a foolhardy decision to the enterprise owner owing to the collapse of the demand funnel due to the lockdown would prove to be a death knell for the business. The enterprise owner may prefer to lay off staff and scale down the business, picking up the threads and scaling back up when things normalise. But unnecessarily forceful implementation of the Disaster Management Act is likely to kill the enterprise.

Before we address how to help the MSMEs undertake their expenses, let us examine avenues for creating demand.

Suggestions for an MSME rescue plan

Here are some innovative ways to help MSMEs overcome the financial debacle caused by the COVID-19 pandemic:

But where are the funds?

Here are the opportunity to raise funds for the Government:

The Indian economy wasnâ€™t in great shape even before we were hit by the COVID-19 pandemic. Our GDP was slipping, GST revenues were already trailing, and tax revenues had suffered a huge shortfall. The uncertainty of the situation is unnerving and giving everyone the jitters. The Government must indicate a three-month plan, if not a longer one, and course-correct if required.

In conclusion, it is time to think of out-of-the-box solutions to change the narrative. Any delay in launching a rescue mission may be fatal for the economy.