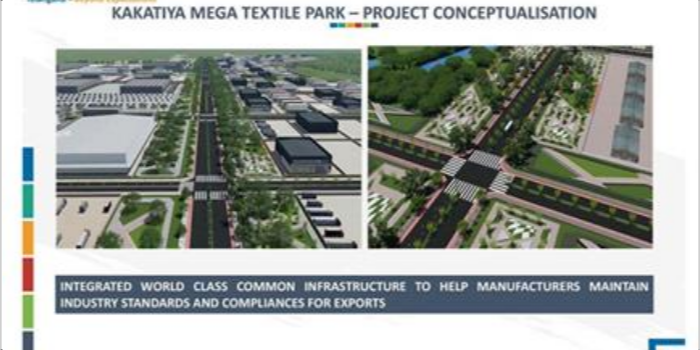 He mentioned in
his letter that Sircilla has been a major hub of handloom and textiles activity
for several decades and that the town has necessary ecosystem and trained
manpower required to set up a mega powerloom cluster.

Minister KTR
informed that the State government had initiated several measures to ensure the
weaver community of the town finds gainful employment. Some of the initiatives
include 40% input subsidy linked wage compensation scheme, thrift fund for
handloom and powerloom weavers, providing continuous work to powerloom workers.
All these have resulted in revival of this industry with major increase in
earnings and wages, he noted. Reminding that the Centre had appreciated these
measures introduced by the Telangana government, KTR expressed disappointment
over the State not receiving any significant support related to Handloom and
Textiles sector from the Union government.

Expressing his
anguish over not receiving any support from the Union government, Minister KTR
wrote in his letter that due to lack of support to progressive States, the
country is unable to compete with smaller countries. Minister KTR also
highlighted that Telangana has been able to attract some marquee investments
into the textiles sector and that the track record proves that Telangana could
achieve these investments.

He mentioned
that Telangana State has earmarked extra budgets for the Handloom and Textiles
sector and has taken up world class projects like Kakatiya Mega Textile Park. The youth of
Telangana are eagerly waiting for employment opportunities that will be created
by projects like mega powerloom cluster.