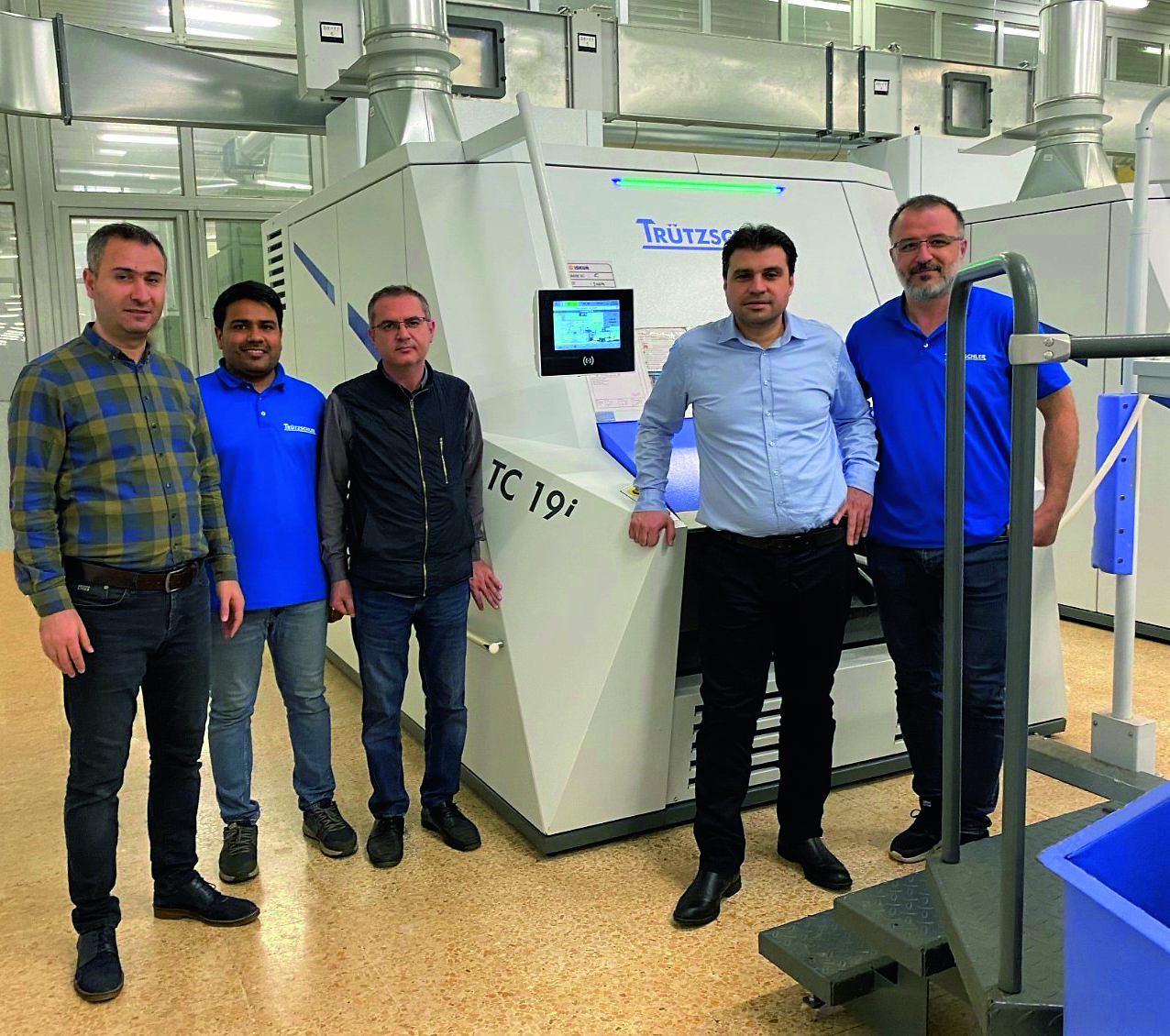 After months of comparative testing during which TC 19i showed better performance and quality, while the Swiss competitor card had to be continuously overhauled and reconfigured, the final trials took place beginning of 2022.

“We facilitated the comparison of TC 19i with the Swiss competitor card at our premises because we wanted to make an informed decision for our next project” said Hakan Karagöl, General Manager Iskur Group. The aim was to achieve the maximum possible production with best possible quality and operating costs. On the basis of a cost-comparison and quality analysis from yarn to fabric, Iskur is now in favour of Trützschler regarding the spinning preparation line.

After months of comparative testing during which TC 19i showed better performance and quality, while the Swiss competitor card had to be continuously overhauled and reconfigured, the final trials took place beginning of 2022. In the first trial both cards ran at 180 kg/h in the production of a rotor yarn Ne 6,5 made of a cotton and cotton recycle blend. Both competitors achieved comparable quality (IPI) now, and the final fabrics both matched the customer’s expectation. However, TC 19i showed significantly less unnecessary fiber waste – more than 4 %! The cost savings of operating TC 19i compared to the competitor amount to 160.000 $ per year, which include other aspects like energy consumption and maintenance expenses.

In the second trial, the production target was increased to 250 kg/h. After some adaptations the competitor card now ran at comparable waste levels like TC 19i. However, IPI results of TC 19i were about 30 % lower, yarn breaks about 60 % lower, and clearer cuts 45 % lower. TC 19i produced about 850 kg more in the same time period. “We observed that IPI values and waste percentage of the Swiss card varied more from day to day, while Trützschler TC 19i quality and waste values remained comparatively constant. The fabric from TC 19i fully met our expectation, both after the 180 kg/h and the 250 kg/h trial. In contrast, the fabric that stemmed from competitor card production at 250 kg/h did not match our reference fabric anymore,” concluded the customer.

The Swiss competitor claims that their latest card provides the highest production on the market, due to a 1,5 m working width, 40 active tops and largest active carding area. The results of these head-to-head trials demonstrate once again that size alone does not always make the difference. The intelligence of TC 19i – including the permanent, automatic optimization of the carding gap during production and the automatic recognition and setting of waste removal – leads to better results. The TC 19i provides high production with best possible quality and waste removal, as well as lower energy consumption in direct comparison.