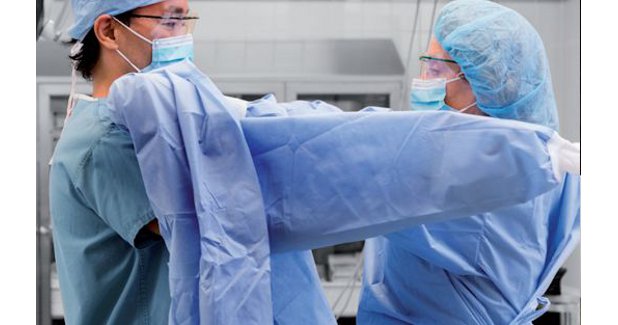 Surgical masks, gloves, footwear, and other apparel is seeing an increase in demand within healthcare facilities for the protection of patients, as well as doctors, nurses, and other healthcare workers.

adminMarch 17, 2017 12:00 am 0
Surgical masks, gloves, footwear, and other apparel is seeing an increase in demand within healthcare facilities for the protection of patients, as well as doctors, nurses, and other healthcare workers. Outside of healthcare facilities, surgical apparel is increasingly being used to protect against germs and the threat of disease, which has been seen an increase as of late due to the spread of vaccine-preventable diseases. The demand for and popularity of surgical apparel is growing within healthcare facilities at a very fast rate.
Another reason for the growth of surgical apparel is that more people are in need of healthcare. According to Statcan, in 2015 people aged 65 years or older outnumbered children between the ages of 0-14 in Canada. More than 16 per cent of Canadians were age 65 or older and, by 2024, this percentage is expected to have increased to 20.1 per cent. People in this age group are generally more likely to need healthcareâ€”this includes surgical procedures and hospital admittances. The statistics are comparable in other North American countries, resulting in a greater need for surgical apparel for both healthcare workers and patients.   Surgical apparel is also seeing some demand from outside the healthcare industry.
Due to increasing worries about disease, many individuals are donning surgical masks and gloves in order to protect themselves from germs, bacteria, and harmful pathogens. Some individuals will take serious precautions to avoid germs: according to OpenWorks, approximately one third of American parents refuse or have refused to allow their children to ride the school bus due to concerns about it being unsanitary; additionally, half of parents said that they pack their children lunches from home in order to avoid the perceived uncleanliness and germs in school cafeterias.
CATEGORIES Industry Update
TAGS medical apparelMedical textilessurgical apparelsurgical glovestechnical textilesTextile Industry
Share This