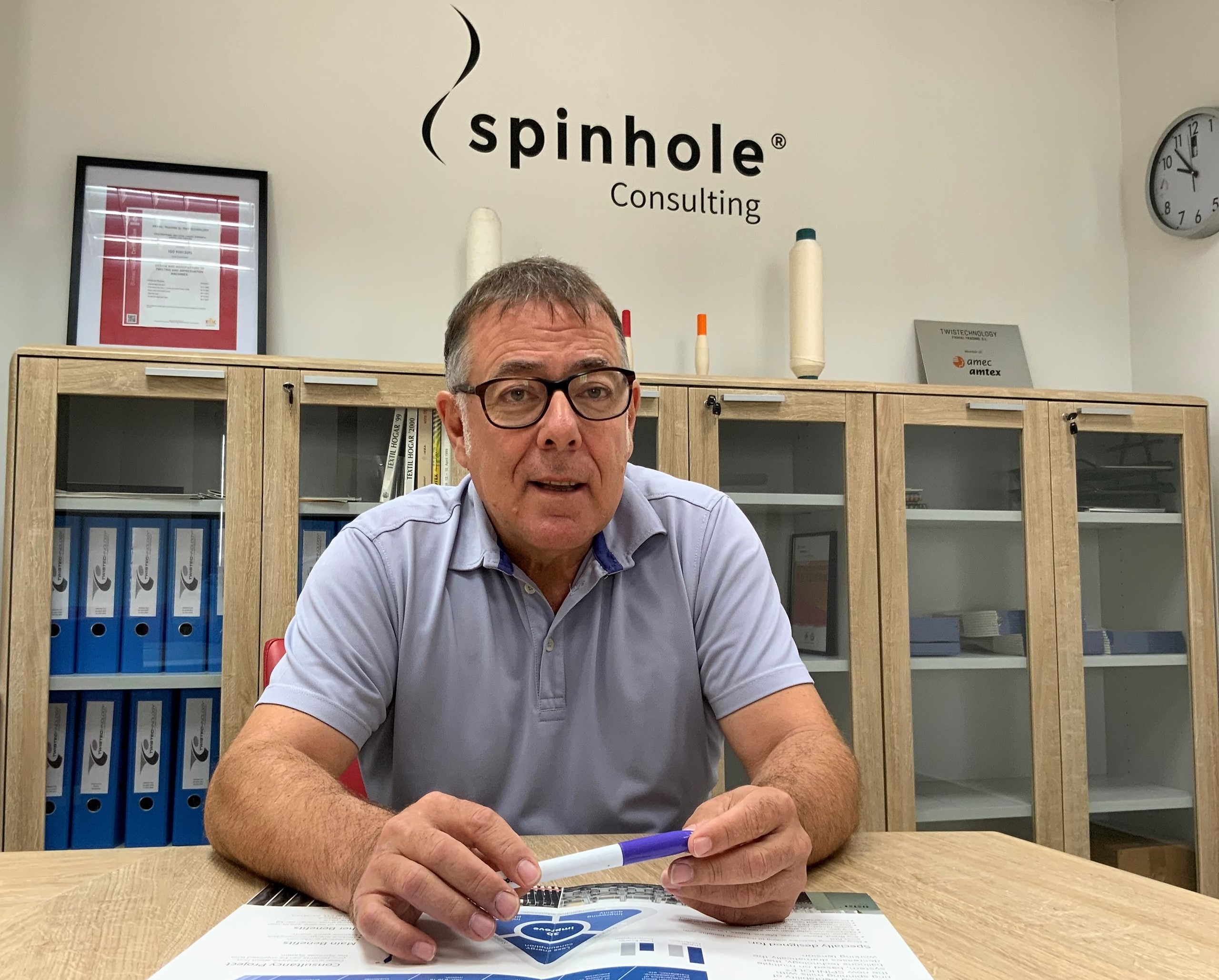 With Spinhole Consulting, a new concept of textile consultancy has been discovered. The company increases the rentability of ring spinning mills with the new Spinhole system, based on multiple balloons technology that decreases dramatically the working tension. Josep Latorre, General Manager,  Spinhole, elaborates the benefits of their services aand how it will transform the future of ring spinning.

Spinhole leads an innovative solution to increase the production of ring spinning mills. What does it consist of and how can you guarantee a less than 3-year ROI?

The Spinhole system is applied to existing machines, so far it is a retrofit, so the increase in production does not entail an increase in space, air conditioning or an increase in personnel, nor does it entail the modification of existing quality parameters.

As it is widely known, conventional ring spinning has its limits in the single balloon that is formed during spinning. The diameter of the balloon and the weight of the traveller define the maximum working tension. Spinhole removes this limit allowing a controlled collapse of the balloon into a multi-balloon. This phenomenon allows the weight reduction of the traveler, and therefore the reduction of work tension. Spinhole can recycle this available tension, transforming it into an increase in the speed of the spindles, so that in the end can be obtained a product with the same quality parameters but spun at a higher speed. In most cases, a significant reduction in UKG is additionally achieved, making the system doubly interesting.

With an increase of at least 15 per cent in production and no additional costs during spinning, it is easy to understand why the ROI is less than 3 years. In cases-most of them- in which it is also possible to achieve a reduction in UKG, it is even possible to obtain ROIs of less than 2 years.

How is the Spinhole system incorporated into production chains?

As told before, Spinhole is a retrofit of an existing machine, so the operations made by fitters on it are basically the same.

The main difference is in setting the parameters to control the multi-balloon, which obviously follows its own laws that are different from those with a single balloon.

Once the multiballoon is formed, it tends to self-adjust based on the tension it perceives in each phase of the ring rail movement. To avoid uncontrolled movements of the multiballoon, Spinhole has an exclusive tension control system called EMB with an  exclusive software, which continuously controls the shape of the multiballoon. This exhaustive control not only allows obtaining the results demanded by the client but also optimal working conditions.

How will Spinhole System revolutionise the future of ring spinning?

Conventional ring spinning is based on principles that have not changed in 150 years, this made sense in the past when the materials of components and accessories did not allow to increase the speeds of the spindles, but today it no longer makes any sense, and in near future it will make less sense. Yes, of course, it is a paradigm shift that has come to stay and that will change the way of ring spinning in the future.

A system capable of increasing production and reducing the UKG with such high rates of return on investment, attracts more and more attention from the ring spinning sector, -which is a very mature sector, and the competitive advantages are almost non-existent-. Spinhole provides the opportunity to increase production quickly -the retrofit is done in just 6 days-, and thus obtains a clear and quick competitive advantage.

Many managers of large textile companies have seen where the future of ring spinning is headed and want to get ahead of it, and some of them have already called us asking about the rapid implementation of Spinhole in their mills.

What is the current implementation of Spinhole and what are your plans?

Our company comes from a tradition of more than 70 years in the textile industry, with almost 98 per cent of all its activity dedicated to exports. The Spinhole division has its base of operations in India, specifically in Pune where we have an accessible showroom for any potential client who wants to visit. In India we have several projects for the nearest future.

As for now, we agreed to retrofit some machines in central India, fulfilling all the commitments signed in the contract, so we are in talks to expand our system to more machines. All the companies we are working with, continually seek excellence and efficiency in its production units, without losing sight of environmental and social improvements, therefore they opt for the Spinhole system to help improve their competitiveness, consolidate, and expand their leadership position, not only in India, but also in the rest of the world. Of course, at Spinhole we are very happy to join those great companies on their journey.