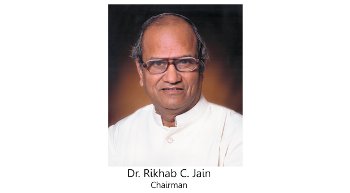 During the recent weeks, cotton prices have increased by 50 per cent and are skyrocketing as multinational corporations are holding benami stocks with 0 per cent interest funding from their origin countries. Speculators via MCX, NCDEX are playing havoc with the cotton users, says Rikhab C Jain, Chairman, T T Group.

During the recent weeks, cotton prices have increased by 50 per cent and are skyrocketing as multinational corporations are holding benami stocks with 0 per cent interest funding from their origin countries. Speculators via MCX, NCDEX are playing havoc with the cotton users, says Rikhab C Jain, Chairman, T T Group.

It would be in the interest of the country that textile industry and cotton users, to remove cotton as a commodity permissible for trading on MCX or NCDEX. Actually hedging or delivery contents are hardly 20 per cent of all MCX transactions. Even quality parameters are often upgraded fraudulently by engineered incorrect laboratory report. Some other commodities have been removed from MCX permissible trading list last year on similar grounds. Many other commodities are also facing similar issues as MCX and NCDEX have just become gamblersâ€™ game, says RC Jain.

India is producing more cotton than China or USA and yet buffer stock supposed to be maintained by CCI and other Government Agencies is not even one month requirement as compared to 2-3 years buffer stock held by China hence this kind of crisis.

According to RC Jain, on arriving of new crop, India exports good quality cotton at lowest cheap prices and at the fag end of the cotton crop year, India starts importing cotton at higher rates. The government does not take corrective measures despite repetitive hammering by textile industry during past so many years. Even CCI and other government agencies dispose off their cotton stock on profitability basis rather than on the basis of price stabilizing as they are originally supposed to do.

Cotton crop is one-third fibre, two-third cotton seed oil and Khal (animal feed). Duty free Palmolive oil import at Rs 20 per kg is massive. Prices of oilseed, cotton seed oil Prices cannot move up in tandom with other commodities. Hence the burden of paying better price to the cotton farmer is entirely shifted to fibre users is more than 100 per cent instead of one-third proportionately.

Despite repetitive requests, government is not yet imposing 200 per cent to 300 per cent import duty on palm oil. This is harming domestic edible oil industry as well. Industry associations and industry leaders are neither aggressive, nor determined to take up such issues with the government appropriately well in time. Owners and promoters of spinning mills owned by big business houses pay little attention towards textile issues, laments R C Jain.

As per Governments own admission about two spinning mills are closing down everyday, we have requested the Textile Minister to do whatever possible under present circumstances immediately, otherwise more closures, bankruptcies and NPAs will occur. It may also destroy the strong textile base in India. Let government be realistic and active.

Textile industry, particularly spinners and weavers need to increase prices in tandem with presently prevailing cotton prices. At least they can do so to implement voluntarily in order to save the industry. Unfortunately a few cash rich spinners are maliciously and selfishly issuing absolutely untrue statements that cotton yarn prices have moved in tandem with cotton prices. They boast of seven â€“ eight months cotton stock levels held by them. As in earlier crises period should not there be any stock limits prescribed to eliminate artificial shortages?