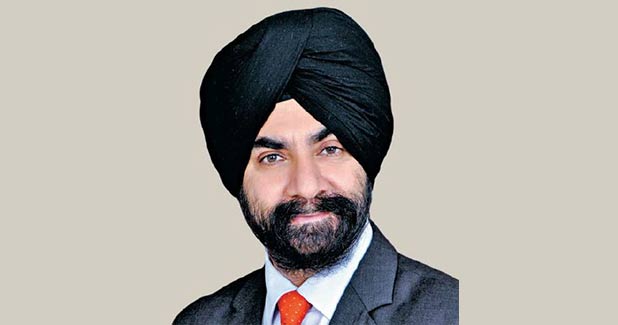 The year 2019 was challenging for the Indian textile industry with exports of textile & apparel declining by 4.3 per cent to $22 billion in the first seven months of FY2020 (April-November); thus, impacting the textile machinery segment as well.

adminJanuary 1, 2020 12:00 am 0
The year 2019 was challenging for the Indian textile industry with exports of textile & apparel declining by 4.3 per cent to $22 billion in the first seven months of FY2020 (April-November); thus, impacting the textile machinery segment as well.
Lack of global competitiveness (especially the downstream processing sector), fiscal policy anomalies and infrastructural issues are the main challenges before Indian textile industry. While India has some world class companies in cotton-textiles, the same cannot be said of man-made fibres (MMF) textiles. In apparel manufacturing, India continues to lag behind peers such as China and now Vietnam and Bangladesh.
Navdeep Singh Sodhi, a Partner at Gherzi Textil Organisation, Switzerland, believes India has the potential to gradually double its share in global textile and clothing (T&C) industry from the existing 5 per cent. Here, he analyses the performance of Indian textile industry in 2019 and offers valuable tips to boost
Indiaâ€™s exports.


How do you analyse the performance of Indian textile industry in 2019? Were there any positives to take forward to 2020?
2019 was a challenging year for the global textile industry and India was not immune from international headwinds and slump in the domestic economy. Indiaâ€™s exports of textile & apparel declined by 4.3 per cent to $22 billion in FY2020 (April-November). Cotton yarn was a major casualty with 37 per cent decline whereby exports to China alone halved. Growth of apparel exports continued to be anemic.
Distress in the industry and accumulation of NPAs (non-performing assets) got accentuated in 2019. The industry expressed reluctance in embarking on any major expansion projects which caused a slump in the textile machinery market, affecting both the local as well as international OEMs (original equipment manufacturers). The pessimism became evident at ITMA Barcelona.
On a positive note however, the new cotton season has brought some relief to the industry with 10 per cent lower prices and a stable crop outlook of 361 lakh bales.

What are the key challenges before Indian textile
exporters today?


The slump in global trade does not augur well for Indiaâ€™s textile exports till 2020. The WTO lowered its forecast for growth of merchandise exports in 2020 from 3 per cent to 2.7 per cent and that too predicated in normalisation of international trade relations. India is yet to take advantage of the shifts in apparel sourcing outside China.
Among the major challenges facing the Indian textiles industry are lack of global competitiveness (especially the downstream processing sector), fiscal policy anomalies and infrastructural issues. India has some world class companies in cotton-textiles however the same could not be said of man-made fibres (MMF) textiles. Indiaâ€™s exports of MMF textiles have been stagnant at $6 billion. Apparel manufacturing had been the engine of growth for textile industry in other Asian countries and whereas in India it continues to lag behind peers such as China and now Vietnam and Bangladesh.
On the macro-economic front, Indiaâ€™s competitors enjoy a favourable exchange rate: For instance in 2019 so far, Turkish Lira depreciated by 9 per cent; Pakistani Rupee weakened by 14 per cent and even Chinese Yuan shed 2 per cent of its value since the beginning of the year (Source: The Economist).

What steps would you like the industry and the government to take to boost Indiaâ€™s contribution to global textile trade?


All hands should be on the deck to resuscitate Indiaâ€™s moribund textile and clothing (T&C) exports. India has the potential to gradually double its share in global T&C industry from the existing 5 per cent. On the policy implementation side, the low hanging fruits are neutralisation of the incidence of indirect taxes embedded in exports (RoSCTL), level playing field for all product categories such as yarn and fabrics and streamlining of TUFS and GST regimes. In the long run indeed Indiaâ€™s competitiveness will depend on macro-economic factors and fostering a conducive environment for the industry to invest for growth. India needs to boost its export competitiveness to create a virtuous cycle to stimulate domestic demand.
At the micro level, the industry and individual firms need to invest in sustainable production and digitalization aligned to Sustainable Development Goals (SDGs) and Industry 4.0. There has been a paradigm shift in the attitudes of international buyers who require greater transparency, quick response, mass customisation and processes to foster a circular textile economy. The firms that are not aligned with the â€˜new normalâ€™ will find them increasing alienated from the mainstream. Gherzi has identified 23 disruptive trends that make up the core of emerging business models â€“ a virtual guidebook for textile enterprises to adapt to the emerging trends.

Which are new areas of opportunities (in terms of product and region/countries) that Indian exporters need to explore?


A recent study on global benchmarking of Indiaâ€™s MMF textile industry undertaken by Gherzi has revealed a significant opportunity to grow Indiaâ€™s MMF textiles. Worldwide, MMF based textiles with exports valued at $168 billion in 2018 show an above average growth where Indiaâ€™s share is low due to lack of global competitiveness.
India needs to integrate further into the global readymade garment (RMG) supply chains, especially in emerging countries in the Indian sub-continent and CMLV (Cambodia, Myanmar, Laos and Vietnam) region. Besides, Africa and middle are major markets for MMF textiles where Indiaâ€™s presence is weak. This requires adapting to the unorganised import and distribution channels.
Boost in the MMF and polymer production for technical textiles will also create the new opportunities for India as technical textiles exports often only feasible with locally produced, cost competitive raw materials.

What are your expectations from 2020?