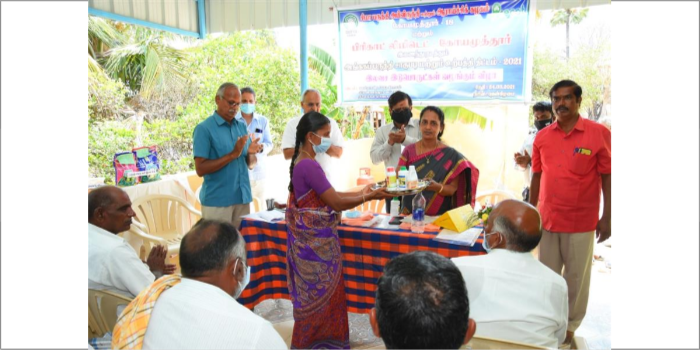 Though India has become the largest producer of cotton in the world, the country faces acute shortage of Extra Long Staple (ELS) cotton as the BT technology that was introduced during 2003, provided the technology only for long staple cotton.

Though India has become the largest
producer of cotton in the world, the country faces acute shortage of Extra Long
Staple (ELS) cotton as the BT technology that was introduced during 2003,
provided the technology only for long staple cotton. The country consumes
around 20 lakhs bales of ELS cotton while it produces only 4 to 5 lakhs bales
in a year and imports around 15 lakh bales of such cotton. The Government of
India has been encouraging promotion of ELS cotton and is in the process of
announcing a scheme shortly. The Government has also been encouraging the
production of organic cotton not only to protect the soil health and
environment, but also to meet the growing demand of domestic and international
markets. Organic cotton textiles and clothing products command good premium in
the market. As the organic certification agency and APIDA have tightened the
norms for organic cotton cultivation, the industry is facing acute shortage of
organic cotton.

SIMA Cotton Development &
Research Association (SIMA CD & RA) established in the year 1974, has been
producing genetically pure cotton seeds to the tune of 600 metric tonnes per
year and supplying to the farmers. SIMA is the only NGO maintaining around 700
Gemplasm of precious Indian cotton varieties. SIMA has recently submitted its
proposal for the development of ELS cotton, organic cotton and naturally
colored cotton to the Government. SIMA CD & RA has designed and developed a
Kapas Plucker that enables the farmers to double their net income apart from
producing contamination free and least trashy cotton. Cotton Corporation of
India, Ministry of Textiles and Government of Tamilnadu have been extending
subsidies to SIMA CD & RA and the farmers during the last two years both
for ELS cotton promotion and also for the free distribution of SIMA Kapas
Plucker machines to the farmers. During the last year, the Government of
Tamilnadu provided subsidy to distribute 200 metric tonnes of SIMA ELS seeds to
the farmers at free of cost through Cotton Corporation of India (CCI). CCI and
Government of Tamilnadu have also distributed around 9000 Kapas Plucker
Machines at free of cost to the farmers.

In a release issued recently, R.Ravichandran,
Chairman, SIMA CD & RA stated that M/s. Precot Limited, Coimbatore has come
forward to sign a MoU with SIMA CD & RA for the production of ELS organic
cotton cultivation by supplying all the inputs at free of cost to the farmers
and also guaranteeing to procure cotton at market price. Ravichandran has
stated that the MoU has been signed for the production of ELS organic cotton on
a pilot basis in an area of 500 acres at Semmandipatti Village, Namakkal
District. He has added that the project was launched this afternoon
(24.3.2021). SIMA CD & RA Chairman has stated that the organic ELS cotton
will have staple length of over 33 mm and would be suitable to produce organic
yarn of counts upto 80s. He has stated that the crop duration is around 160
days and expected to give the productivity of 10 quintals per acre.