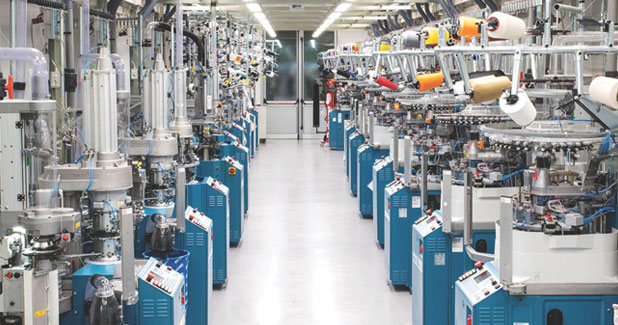 The year 2016-17 witnessed demonetisation of the two highest denomination notes, and clearance for implementation of the revolutionary reforms in the Indian economy, the GST Goods and Services Tax (GST). These were some of the major economic developments, and the entire effort was to transform India to bring about inclusive growth. While demonetisation holds huge potential benefits in the medium to long term, and has paved way for faster digitisation, the implementation of a unified GST would be viewed as one of the most far reaching indirect tax reforms as it would be likely to create a common Indian market, improve tax compliance and governance. These measures were being seen to be positive developments for economy, reports â€œThe Year That Was â€“ Analysis 2016-17â€ of the Textile Machinery Manufacturers Association (TMMA).

It was hoped that the year 2016-17 would be able to generate good demand for textile machinery, however, the expectations could not sustain. The spinning sector did maintain its production and export to a certain extent. The processing sector also did not lag behind. However other sectors did not do well. The demand from the domestic textile industry particularly in the weaving sector was very limited. The import of Chinese low-tech rapier looms remained unabated. Due to price disadvantages, and nil import duty the domestic manufacturers found it hard to compete. The budget did not give any advantages to the local manufacturers. The Make in India initiative of the Government could not bring cheers as the ease-of-doing business lost its way in the Governmentâ€™s red tape. The amended notifications created more confusion than before.

It appears that the bottlenecks in bureaucracy in India are very hard to crack. There is no change in the mindset of the authors of notifications.

The total domestic demand for textile machinery during 2016-17 was Rs 13,313 crore of which imported machinery constituted Rs 9,101 crore. Supplies from the domestic machinery industry amounted to Rs 4,212 crore, aggregating 32 per cent of the total demand. As can be seen from the Chart on demand, it appears that bulk of the demand was met through imports. The total capacity remains stagnant at Rs 11,000 crore over 2015-16. The gap is increasing.

The production of the textile engineering industry (TEI) recorded a nominal increase of 1 per cent viz.

Rs 6,650 crore as against Rs 6,580 crore achieved during the previous year. The substantial increase in production of spinning machinery was responsible for this growth.

It was expected that spinning machinery sector might increase their production further during 2017-18.

In weaving sector, particularly in the shuttleless loom category, the growth rate was less due to uncertain situation created by the unfavourable MMS scheme under the RR TUFS. Synthetic filament yarn sector also recorded a decline in production while the processing sector got a slight increase. In fact, many of the processing machinery manufacturers had done well during the period. The domestic manufacturers were not given due support by the user industry, and the Government.

The export of textile machinery to the third world countries has increased. The association is making efforts to help the TEI to increase its exports further. On the basis of the data furnished by the Directorate General of Commercial Intelligence & Statistics, Kolkata, the estimated export performance during 2016-17 was Rs 2,438 crore as against Rs 2,351 crore achieved during 2015-16. The upswing in the imports might be due to improper HS Code used by the importers. Besides, there are imports of used machines, as well as refurbished-as-new and low cost, low-tech shuttleless looms from China in large numbers.

As mentioned, the import and the export data as procured from the private source for further period is not available as the Ministry of Finance (MoF) had withdrawn Notification No 128/2004-Customs (N.T.) dated November 19, 2004, which directed the customs to publish the daily lists of imports and exports. The Indian custom authorities had in view of this notification stopped publishing the daily lists of imports and exports with effect from November 27, 2016.

TMMA had requested the concerned ministries/departments to continue the publication of daily lists of imports and exports, and had also highlighted the benefits of publishing the data. Besides the association had requested the Department of Heavy Industry (DHI) to send necessary recommendations to the concerned ministries/ departments in this matter.

Based on a survey report done by the Textiles Committee with support of TMMA a few years back, and the import and export data analysed, the domestic share of demand of the TEI had shown a downtrend which may be seen from the graph 2.

The production of the industry has recorded an increase of Rs 6,650 crore as against Rs 6,580 crore during the previous year but the capacity utilisation remains the same as 60 per cent recorded over the previous year.

As per the agenda of the seventh meeting of the Technical Advisory & Monitoring Committee (TAMC) under Amended Technology Upgradation Fund Scheme (ATUFS), the progress of TUFS is as under: