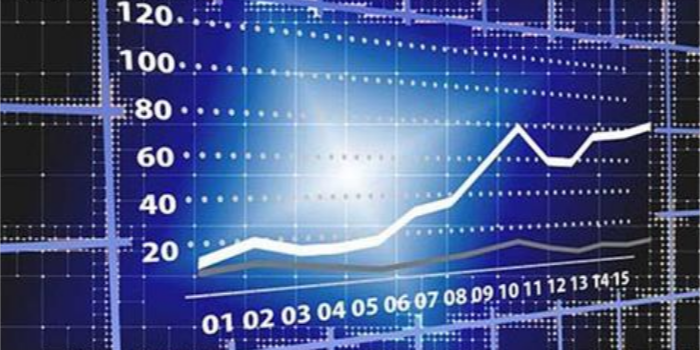 Order intake of CHF 640.2 million in the 2020 financial year was 31 per cent down on the previous year. Following the significant slump in demand in the second quarter of 2020, order intake recovered in the third quarter and improved further in the fourth quarter.

Order intake of CHF 640.2 million in the 2020 financial year was 31 per cent down on
the previous year. Following the significant slump in demand in the second quarter of 2020,
order intake recovered in the third quarter and improved further in the fourth quarter.

EBIT, Net Profit and Free Cash Flow
The loss at the EBIT level in the 2020 financial year was CHF 84.4 million, which corresponds
to 14.7 per cent of sales. At the net profit level, a loss of CHF 89.8 million was reported, i.e.
15.7 per cent in relation to sales. The loss is a consequence of the reduced sales of CHF
573.0 million. Through short-time working compensation, reduced vacation and time credits
and salary waivers, Rieter saved around CHF 12 million in costs in 2020. However, this was
far from sufficient to compensate for the missing sales volume.

Business Groups
Sales of the Business Group Machines & Systems amounted to CHF 295.8 million in 2020,
which corresponds to a decrease of 24 per cent compared to the previous year. Due to the
low volume and taking into account the expenditure on the ongoing innovation program,
the business group recorded a loss of CHF 72.4 million at the EBIT level. Order intake in the
reporting year was CHF 363.9 million (-35 per cent compared to the previous year).

Crisis Management
At the outbreak of the COVID-19 pandemic in the first quarter of 2020, Rieter put a
comprehensive crisis management programme into effect. Protective measures for
employees were implemented at all Rieter locations worldwide, the effectiveness of which
has been shown in countries badly affected by the pandemic, such as India and the Czech
Republic.

Rieter made major efforts to avoid or compensate for disruptions in the supply chain and to
ensure service in the field. This allowed the promised deliveries to take place almost on
schedule while customers received largely seamless support.

To safeguard the liquidity of the company, Rieter made use of additional credit lines
totalling around CHF 130 million between March and November 2020. In September 2020,
as planned, Rieter repaid the bond issued in 2014 in the amount of CHF 100 million, and in
August 2020 successfully placed a new bond in the amount of CHF 75 million.

Immediately after the outbreak of the pandemic, Rieter reacted to the lower capacity
utilisation of its own facilities, which was triggered by the slump in demand. In addition to
reducing vacation and time credits, short-time working was applied for Financial Year 2020,
implemented at the locations in Switzerland and Germany. At the other Rieter locations,
corresponding measures were implemented in accordance with the legislation of the
respective country. In this way, Rieter retained the ability to benefit from the initiating
market recovery.

Strategy Implementation
Despite the extremely difficult situation, Rieter made further progress in implementing its
corporate strategy in the 2020 financial year: Technology and innovation leadership,
solutions for the installed base and the continuous improvement of the cost position.

The current innovation programme marked the launch of the new products, which were
presented at ITMA in Barcelona in summer 2019. Despite the low demand, the innovations
continued to meet with a very positive response from customers, such as the 83 per cent
increase in sales in Turkey, but also the recovery in incoming orders in the fourth quarter of
2020. Major orders were received for the new card C 80 and the new comber E 90. Despite
the difficulties caused by the pandemic, more preparations were made for the market
launch of further innovations planned for 2021.

The Rieter CAMPUS is an important element of Rieterâ€™s innovation strategy. The decision
about the start of the construction work will depend on the business situation.

The business with solutions for the installed base of Rieter machines, which the Business
Groups Components and After Sales are driving forward, was also developed further despite
the weak demand due to the COVID-19 pandemic. Thus, the first major orders were placed
by customers for retrofitting Rieter ring spinning machines with the piecing robot ROBOspin
and the compacting solutions COMPACTdrum and COMPACTeasy.

Rieterâ€™s cost position was also further improved. The measures announced in January 2020
to adjust capacity at the European locations, which affected a total of 180 positions, were
implemented as planned during 2020.

Dividend
Due to the loss of CHF 89.8 million at the net profit level in the 2020 financial year, the
Board of Directors proposes that shareholders waive the distribution of a dividend.

Changes to the Group Executive Committee

Carsten Liske, Head of the Business Group Machines & Systems and member of the Group
Executive Committee since 2015, left the Group Executive Committee at the end of
February 2021 to take on a new role outside of the Rieter Group. The Board of Directors
thanks Carsten Liske for his many years of successful work as well as his great contribution
to the further development of Rieter and wishes him every success and all the best for the
future, both professionally and personally.

With effect from March 1, 2021, the Board of Directors of Rieter Holding Ltd. has appointed
Roger Albrecht as Head of the Business Group Machines & Systems and a member of the

Group Executive Committee. Roger Albrecht is 38 years old and a Swiss citizen. He has a
Bachelorâ€™s degree in Business Administration and a Masterâ€™s degree in Accounting and
Finance from the University of St. Gallen. Roger Albrecht was employed by the Hilti Group in
Liechtenstein and Canada from 2008 to 2015.

In 2015 he was appointed to the position of Business Group Controller in the Business
Group Components, and from 2017 to the end of February 2021 he headed up Spindelfabrik
Suessen GmbH in Suessen (Germany) as Managing Director.

Board of Directors and Annual General Meeting
At the 129th Annual General Meeting held on April 16, 2020, the shareholders approved all
motions proposed by the Board of Directors. The Chairman of the Board Bernhard Jucker
and the Directors This E. Schneider, Michael Pieper, Hans-Peter Schwald, Peter Spuhler,
Roger Baillod, Carl Illi and Luc Tack were confirmed for a further one-year term of office.

This E. Schneider, Hans-Peter Schwald and Bernhard Jucker, the members of the
Remuneration Committee who were standing for election, were also each re-elected for a
one-year term of office.

Thank You
On behalf of the Board of Directors and the Group Executive Committee, we wish to thank
all Rieter employees for their great commitment under the very difficult conditions in
financial year 2020, which was characterized by COVID-19. We thank the employees who
undertook business trips during pandemic times and worked in the field for customers as
well as for the salary waiver in favour of the company. That is not to be taken for granted.

Our customers, suppliers and all business partners who for their part have to overcome
major challenges because of the pandemic deserve a very special thank you for their loyalty
to the Rieter Group. We express our heartfelt thanks to the Rieter shareholders for their
trust and hope to be able to welcome them again in person at the Annual General Meeting
in 2022.