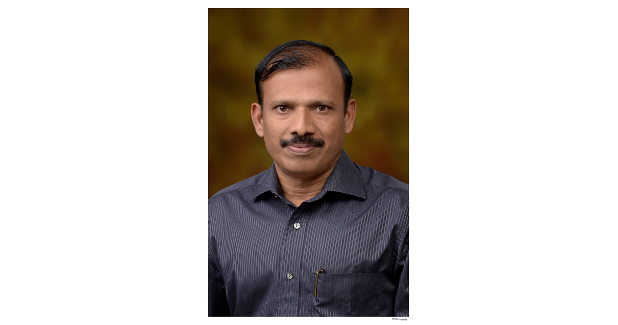 The cotton price has been fluctuating in tandem with international price unlike earlier cotton seasons. The global cotton price ruled high during the last cotton season which continued till the beginning of the new season.

Cotton prices have been fluctuating, going up a few months ago, now constantly falling. How has this affected the mills?

Cotlook A Index price was ruling at 80.47 cents per pound (Rs 116 per kg) during the previous cotton season and the same ruled between 81.29 cents per pound and 86.05 cents per pound (Rs 128 per kg and Rs 142 per kg). In the current season, the bench marked variety Sankar 6 ruled between Rs 129 per kg and Rs 121 per kg (Rs 45,633 per candy and Rs 43,033 per candy of 355 kg). The price for the same variety started with Rs 132 per kg during the beginning of the season and reached a level of Rs 121 per kg during January 2019 that started sliding down after the acceleration of new cotton arrivals and currently rules at Rs 118 per kg. The liquidity problem faced by the industry and the trade also made the price to drop during the recent period.

After the removal of cotton from the Essential Commodities Act, the multinational cotton traders having hedging facility and access to cheaper funds, cover huge volume of cotton during peak season; whereas, the spinning mills are able to get working capital only for three months that too with 25 per cent margin money and at 10 to 12 per cent interest rate. The domestic spinning sector has to necessarily buy the cotton after a gap of seven months only from the trade and hence the cotton price always rule high during the off season.

The price volatility has been the root-cause for curtailing the growth and the financial performance of the cotton textile industry in India. The industry has been demanding the Government to come out with a Cotton Price Stabilization Fund Scheme with 10 per cent margin money, 5 per cent interest subvention and enhancing the working capital limit from three months to nine months. Though the Government had announced that it would come out with the Cotton Price Stabilization Fund Scheme while steeply increasing the MSP for cotton for the current season, the Government is yet to consider the industryâ€™s demand.

There are reports that cotton yarn inventory has been piling up, with China not picking up desired quantity. Your comments on the situation.

The international volatility in cotton price affects all the major textile manufacturing countries including China and India. Therefore, the demand from China fluctuates. In the recent years, Chinese cotton yarn traders have been importing more volume of yarn whenever Indian yarn prices are on lower side and defer the imports till they exhaust the stock. Therefore, there is inconsistency in the month-wise imports from China that affects Indian yarn exports. However, the yarn import by China has increased by 59.8 per cent during April to November 2018 in volume term and by 66.4 per cent in Dollar term when compared to the same period in 2017.

How are the mills faring in export in the recent times? What is your forecast for the year 2019?

Industry has been constantly representing to include cotton yarn under various export benefits and the demand is yet to be met. It may be noted that the total cotton yarn production was around 4,000 to 4,100 kg during the last four years while the spinning production capacity has increased by over 10 per cent; Vietnam that exported 187 million kg during 2012-13 could increase exports steadily and exported 718 million kg during 2017-18 to China taking advantage of duty free access while India is suffering with 5 per cent duty in China. Indian cotton yarn export was 1313 million kg during 2012-13 that dropped to 1099 million kg during the year 2017-18. Therefore, there is an urgent need for including cotton yarn export under MEIS, IES and RoSL benefits to have a level playing field in the international market and export value added yarn rather than exporting raw cotton (60 to 70 lakh bales per year) that would create jobs for several thousands of people and also enable the highly capital spinning sector to remain financially viable. Since Indian cotton price currently rules below the international price and the yarn imports from Vietnam also got saturated, India would have better opportunities during the year 2019 if the cotton yarn is included under MEIS, IES and RoSL benefits, India can do much better in yarn export during 2019.

Cotton planting has been affected due to lack of rains. What will be effect of this in the availability in the medium term?

The Cotton Advisory Board that met on November 22, 2018 has estimated the cotton crop for the season 2018-19 as 361 lakh bales. Though there are reports that cotton production might drop significantly, I feel the production would be around 360 lakh bales; since farmers are holding the stocks aiming for higher price, the arrivals are slower. In addition, the Government has already provided transshipment facility for imported cotton in all the major ports, especially Tuticorin port and therefore once the domestic price reaches the level of international price, the mills would opt for imported cotton when the situation warrants. Hence, the cotton supply position will be comfortable during the current season. In the medium term, the cotton supply position is very comfortable.

What are your suggestions for correcting the situation â€“ for the industry and the Government?

The industry should properly plan its cotton purchase policy, earmark adequate funds and procure maximum volume during December to March (at the time of peak arrivals). The industry would be in a position to purchase good quality cotton during the peak arrivals. It may be noted that at least 25 per cent of the cotton that come from third, fourth and fifth pickings would be inferior in quality and also prices for the same would rule much higher than the better quality cotton that was available during the peak season. The inferior quality cotton will affect the yarn realisation by 2 to 5 per cent, productivity by 5 to 10 per cent apart from affecting the yarn quality. The mills that adopt proper cotton purchase policy are always able to sustain their growth and profitability.

It may be noted that Indian textile industry is predominantly cotton based and has competitive edge only in cotton textiles in the international market as man-made fibres are expensive by 23 to 30 per cent when compared to China. Cotton textiles account 80 per cent in the exports of India while man-made fibre textiles export account 80 per cent of the Chinese exports. Since China has started cutting down its cotton textile production, India has tremendous opportunity to grab the emerging global opportunities if cotton production is increased.

It is essential to expedite the commencement of technology mission on cotton not only to double the income of cotton farmers, but also to enable the industry to achieve phenomenal growth in the coming years.