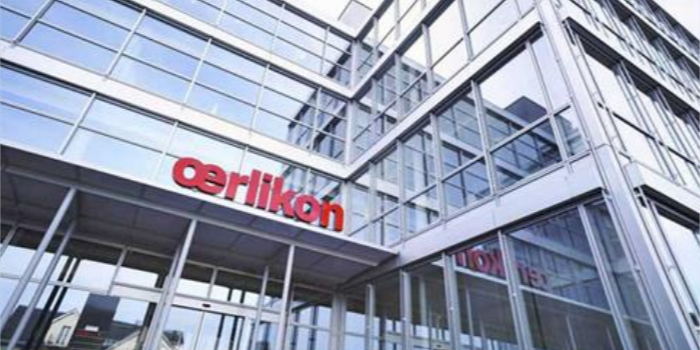 Oerlikon order intake declined by 17.3 per cent year-over-year to CHF 518 million and Group sales decreased by 6.4 per cent to CHF 593 million, partly due to adverse currency movements.

“Our Q3 results show the strength of our businesses and the impact of our decisive cost actions,” said Dr Roland Fischer, CEO Oerlikon Group.

“Our manmade fibres business is stable and on track for its targeted deliveries for 2020. In Surface Solutions, we are ahead of our schedule on executing structural cost-out measures and the benefits can already be clearly seen in our third quarter results.”

“In line with our plans to further empower our operational businesses and increase our customer focus, we have appointed Dr. Markus Tacke as Division CEO for Surface Solutions and have nominated both Division CEOs, Markus Tacke and Georg Stausberg, as members of the Executive Committee,” added Dr. Fischer. “We are excited that Markus has joined the team. He has over 25 years of experience in the energy sector and a track record of successfully transforming industrial businesses to generate profitable growth. Georg has been leading Manmade Fibers since 2015. He is responsible for successfully turning around the business and will continue driving its future growth. As recovery in our surface solutions markets continues to be highly uncertain, our focus remains on steering Oerlikon toward becoming a more cost- and capital-efficient company, delivering sustainable mid-term profitability.”

Group order intake declined by 17.3 per cent year-over-year to CHF 518 million and Group sales decreased by 6.4 per cent to CHF 593 million, partly due to adverse currency movements. At constant exchange rates, Group sales were CHF 619 million. In the challenging environment, Group sequential sales improved by 16.4 per cent (Q2 2020: CHF 510 million) in the third quarter, driven by sales growth in Manmade Fibers and the recovery in automotive for Surface Solutions.

Successfully delivering on restructuring and productivity programmes
Oerlikon has consistently implemented the structural and productivity programmes and is ahead in executing the plan. The structural and cost out programmes are focused on streamlining headquarters and support functions globally, restructuring Surface Solutions and rightsizing the additive manufacturing business. As of the end of the third quarter, more than 650 of the targeted 800 headcount has been reduced, of which around 40 are based in Switzerland and Liechtenstein. In the first nine months of 2020, operating expenses in the surface solutions business were reduced by more than CHF 165 million and capital expenditure was reduced by CHF 26 million, compared to the preceding year.

Committed to mid-term EBITDA margin target
The development in end markets remains highly uncertain, exacerbated by the pandemic and geopolitical factors. Oerlikon will continue to execute its programs consistently to strengthen its core and competitive position. The Group expects the structural programs to deliver an annual run-rate of savings of around CHF 70 million, which will drive operating profitability toward the Group’s committed mid-term EBITDA margin target of 16 per cent to 18 per cent when markets recover.

Further Empowering Operational Businesses: Division CEOs Become Members of the EC Effective January 1, 2021, the Group’s Executive Committee (EC) will be strengthened by the appointment of two new members: Georg Stausberg and Dr. Markus Tacke, who are both Division CEOs.

Georg Stausberg is CEO of the Manmade Fibers Division and has held this role since 2015. Between 2012 and 2014, he served as CTO and COO of the Division. From 2008 to 2012, Mr. Stausberg was CEO of the Business Unit Oerlikon Neumag. Stausberg graduated from the RWTH Aachen University, Germany, with a degree in Mechanical Engineering (Dipl.-Ing.).

Dr. Markus Tacke has been appointed CEO of the Surface Solutions Division, effective October 1, 2020. Dr. Tacke has over 25 years of leadership experience in the renewable energy and gas turbine industries and is highly recognized for his ability to reposition and develop businesses. Before joining Oerlikon, he was CEO of Siemens Gamesa Renewable Energy S.A. from 2017 to 2020. Prior to that, Dr. Tacke held a number of leadership positions within Siemens’ energy businesses, the last of which being CEO of their Wind Power and Renewables Division. Dr. Tacke holds a Mechanical Engineering Degree from the Technical University of Darmstadt, Germany, a Master’s Degree in Engineering from Cornell University, USA, and a PhD from the Technical University of Darmstadt, Germany.

Surface Solutions Division: The adverse trends in end markets, particularly in aviation and oil & gas, continued to impact orders, sales and profitability in the surface solutions business. Year-over-year, order intake decreased by 26.4 per cent and sales declined by 24.0 per cent. The Division saw an 8.5 per cent increase in sequential order intake (Q2 2020: CHF 238 million) and an increase of 7 per cent in sequential sales (Q2 2020: CHF 262 million) compared to the second quarter, attributed to the initial recovery in the automotive and tooling markets in China, India and Europe.

Manmade Fibers Division: The Manmade Fibers Division delivered another quarter of strong and stable results. Sales increased by 18.1 per cent year-over-year. Order intake was sustained at a high level of more than CHF 250 million. These strong orders and sales figures are driven by the notable recovery in the filament equipment business in China and the continued pick-up in demand for meltblown nonwoven solutions used in face mask production. The Division is on track to fulfil its planned 2020 deliveries.

Oerlikon (SIX: OERL) engineers materials, equipment and surfaces and provides expert services to enable customers to have high-performance products and systems with extended lifespans. Drawing on its key technological competencies and strong financial foundation, the Group is sustaining mid-term growth by addressing attractive growth markets, securing structural growth and expanding through targeted mergers and acquisitions. A leading global technology and engineering Group, Oerlikon operates its business in two Divisions – Surface Solutions and Manmade Fibers – and has a global footprint of around 11,000 employees at 182 locations in 37 countries. In 2019, Oerlikon generated CHF 2.6 billion in sales and invested more than CHF 120 million in R&D.