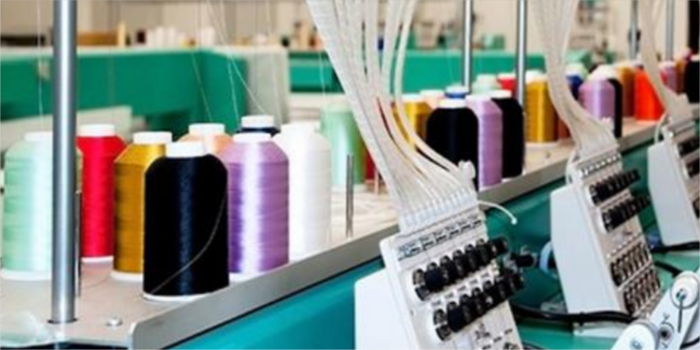 PM Mega Integrated Textile Region and Apparel (PM MITRA) scheme is expected to bring fresh capital investment of $ 5.5-6.0 billion and in turn create export opportunities of around $ 4.5-5.0 billion per annum for textile products once the scheme is fully implemented, says a CARE Ratings report.

The
Indian textile and apparel industry employs around 45 million workers and
contributes 11-12% of the countryâ€™s exports. During FY22 (refers to the period
April 1, 2021 to March 31, 2022), the size of Indian domestic textile and
apparel industry is expected to be around $ 95 billion, while the export is
expected to be around $ 38 billion. Despite presence across the textile value
chain, India has not been able to garner Chinaâ€™s declining share in global
readymade garment (RMG) exports in past few years. In order to boost textile
exports, to generate employment and to create level-playing field for Indian
exporters in global market, the Government of India (GoI) has already announced
various incentives/ schemes and the PM Mega Integrated Textile Region and
Apparel (PM MITRA) park is another step towards increasing competitiveness of
Indian textile globally.

CARE
Ratings estimates investment potential of $ 0.8-0.9 billion for each park considering
50% of land available for manufacturing function and balance towards common
utilities (assuming total land area of around 1,000 acres per park).
Consequently, PM MITRA scheme is expected to bring fresh capital investment of $
5.5-6.0 billion and in turn create export opportunities of around $ 4.5-5.0
billion p.a. for textile products once the scheme is fully implemented.

An
announcement was made by GoI for the setting up of seven PM MITRA Parks with
integrated facilities including plug and play infrastructure on land of over
1,000 acres with an aim to generate employment. Ten state governments,
including Tamil Nadu, Punjab, Andhra Pradesh, Gujarat, Rajasthan, Madhya
Pradesh, etc, have expressed their interest in the scheme. The interested State
Governments are required to provide at least 1,000 acres of land for the
development of the park, and final selection of the location would be based on
a challenge method and an objective criteria amongst states to have better
infrastructure, utility, connectivity and incentives for the textile park.

The
Central Government will provide maximum Development Capital Support (DCS) at 30%
of the Project Cost up to Rs 500 crore to each greenfield PM MITRA Park and up
to Rs 200 crore to each brownfield PM MITRA Park. Moreover, the Central
Government would also provide Rs 300 crore of competitiveness incentive support
(CIS) to each PM MITRA Park for early establishment of textile manufacturing
units. So, cumulatively, the Central Government is envisaged to spend an
aggregate of Rs 4,445 crore by way of fiscal incentives over a period of five
years for the PM MITRA Park.

Setting
up of PM MITRA Parks is based on the 5F vision of the Honâ€™ble Prime Minister –
Farm to Fibre to Factory to Fashion to Foreign. Despite presence across the
textile value chain, India is still far behind in the last F, i.e., exports of
Readymade Garments (RMG) which has a very high potential to generate large
employment, especially employment for women. The opportunity in RMG export is
large given the declining share of China in the world RMG trade (refer Table 1).

Indiaâ€™s
share in global RMG export has remained stagnant over the past few years, while
countries such as Bangladesh, Vietnam, and Cambodia have captured large part of
Chinaâ€™s declining share in the global RMG exports. Competing nations have
gained due to duty-free access to key export markets, i.e., USA and Europe
apart from their higher labour productivity and economies of scale. India has
the distinct advantage of having adequate raw material and large labour workforce
which shall augur well for grabbing the export opportunity. Furthermore, ready
availability of raw material reduces transportation cost and lead time, thereby
providing cost-effective solution to the customers.

Textile
clusters provide large scale of operation, integrated value chain, support
service, common infrastructure and fiscal incentives and thus reduces the cost
of production. Along with the recent announcement of Remission of Duties and
Taxes on Exported Products (RoDTEP) rate, extension of Rebate of State and
Central Taxes and Levies (RoSCTL) scheme, Production Linked Incentive Scheme
(PLI), the setting up of PM MITRA Parks aims to further increase
competitiveness of Indian textile players. Moreover, with steps being taken by
leading global apparel brands to diversify their supply base as a part of their
â€˜China Plus Oneâ€™ strategy, it is expected to augur well for additional
investments in the Indian textile sector.

The
Scheme for Integrated Textile Parks (SITP) was launched in FY06 to provide the
industry with infrastructure facilities for setting up textile unit which was
further extended till FY20. However, the scheme has not given intended results
due to various issues and challenges. The GoI has now taken corrective steps
while introducing PM MITRA scheme based on lessons learned from SITP.

Till
date, 74 parks have been sanctioned under the SITP. Of the 56 textile parks
sanctioned under SITP (excluding cancellation post sanction), only 22 are
completed while the remaining are at various stages of implementation. Around
50% of the projects got cancelled due to delay in obtaining land and requisite
clearance and approval, while around 25% got cancelled due to uncertain market
condition. Lower size of textile park, lower-than-envisaged integration, poor
rail, road and port connectivity, high lease rental and slow fund mobilization
also posed challenges and led to lower occupancy rates.