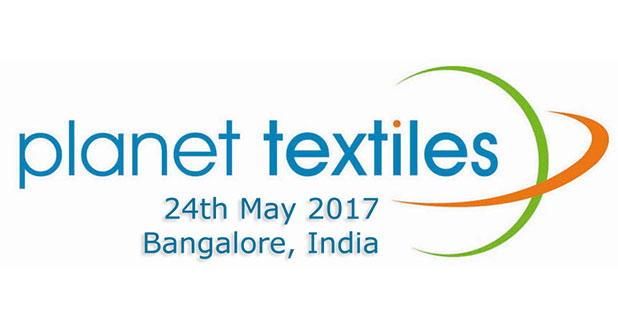 Planet Textiles 2017, which is jointly organised by MCL News & Media, Sustainable Apparel Coalition And Messe Frankfurt, will be held on May 24, 2017 in Bangalore

Planet Textiles 2017, which is jointly organised by MCL News &  Media, Sustainable Apparel Coalition And Messe Frankfurt, will be held on May 24, 2017 in Bangalore, India.

The issues of water availability, water conservation in wet processing, wastewater discharge, the circular economy and the rise of environmental awareness in India will dominate this yearâ€™s Planet Textiles Summit in Bangalore India.

Key speakers will include Indian Governmentâ€™s Textile Commissioner, Dr Kavita Gupta, who is known for her interest in environmental issues and will look at how Indiaâ€™s vast textile sector intend to tackle the environmental challenges demanded by retailers and brands. Meanwhile, Colleen Vien, Director of Sustainability at Timberland and Ian Rosenberger, CEO and founder of Thread International will reveal details of their collaboration in poverty stricken Haiti which has shipped nearly 200,000 lbs of recycled plastic out of the country to eventually be processed into textiles, garments and footwear.