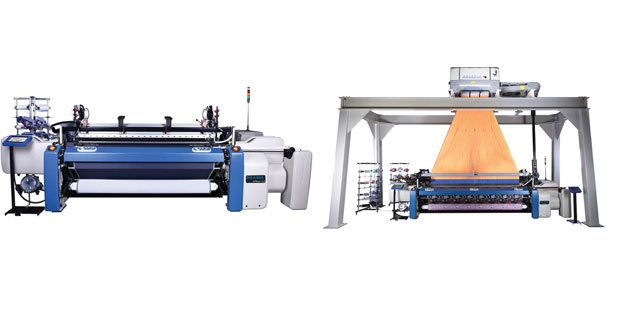 Picanolâ€™s newest rapier, the GTMax-i 3.0, will be shown for the first time to the textile world.

Picanolâ€™s newest rapier, the GTMax-i 3.0, will be shown for the first time to the textile world. The GTMax-i 3.0 is building further on the success of GT-Max and GTMax-i. The combination of a redesigned gripper drive and extra reinforced sley drive as well as the integration of the future-oriented BlueBox electronic platform allow for even higher production speeds. Moreover, the look of the machine has been reworked completely, with a special focus on ergonomy and user friendliness.

Next to the all new GTMax-i 3.0, four more machines will be present, completing the Picanol weaving machine range on display.

On the Picanol booth two OptiMax-i 190 cm weaving para-aramide and shirting are being presented. As for the airjet machines, two OMNIplus Summum will be shown, one weaving a bottomweight fabric and the other weaving sheeting. On the StÃ¤ubli booth a TERRYplus Summum with jacquard is weaving a high quality terry fabric.

So in total 9 Picanol machines will be on display, of which six on its own booth (Hall H3, booth F01). One Picanol TERRYplus Summum with jacquard will be on display at the StÃ¤ubli booth and one GTMax-i 3.0 on the Bonas booth. On the booth of Tongxiang a GTMax-i 3.0 will be weaving label.

Picanol in China
As one of the worldâ€™s leading weaving machine manufacturers, Picanol has always had a very close relationship with the Chinese textile industry. Picanol sent its first pioneers to explore the possibilities in the Far East, already in the early 1950s. Picanol took part in one of the first international exhibitions held in Beijing.

The growing installed base of Picanol machines in China, as well as the increasing demand for a higher level of service and support resulted in the establishment of the Picanol Service Centre, which was set up in Shanghai in 1987. The next step, in 1994, was the start of PST, Picanol Suzhou Textile Machinery Works, being Picanolâ€™s first production line outside Belgium. The technology and organisation were based entirely on the assembly concept and quality standards applied at the companyâ€™s headquarters in Ieper.

Today PST houses a complete production unit with assembly lines, a mechatronics division, and a sales, service and spare parts organisation. The the Chinese management, engineers and technicians have been trained in Belgium.