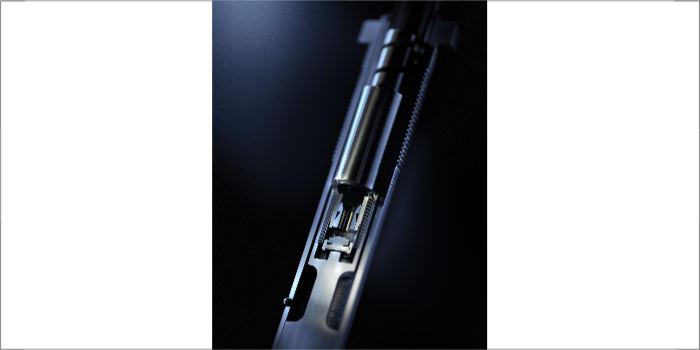 Saving energy and decreasing energy costs
are key requirements to keep spinning mills competitive. Novibra addresses this
market need with the development of the spindle LENA â€“ which combines the
proven Novibra spindle design with technological optimization and further
innovative features. LENA achieves record speeds of up to 30 000 rpm while
saving on average 4 to 6 per cent of energy. Independent tests by customers
using LENA showed significant energy savings, less maintenance, and even the
added bonus of experiencing less noise.

The overall high reliability and long service
life of the spindles are decisive factors for spinning mills. Modern spindles
are expected to deliver faster speeds and therefore increased productivity, no
running-in time and less maintenance due to long lubrication cycles. The most
important long-term goals are energy savings and the reduction of energy costs.

Novibra confirms its market leadership and
leverages its proven spindle technology to deliver on this common need with
LENA stands for Low Energy and Noise Absorption.

LENA saves energy and reduces noise thanks
to technical optimizations

LENA was designed to achieve the highest
speeds with low energy consumption, achieving speeds of up to 30 000 rpm while
saving on average up to 4 to 6 per cent of energy.

The LENA neck bearing diameter was reduced
to 5.8 mm and thanks to the smaller bearing, the wharve diameter could also be
reduced to only 17.5 mm. From a power transmission perspective, reducing the
wharve diameter allows the machine to be operated at a lower speed â€“ compared
to spindles with standard wharve diameter

â€“ while keeping the same speed of the
spindle itself and thus the desired yarn count and twist. The small wharve
diameter of the LENA spindles is unique in the market.

The footstep bearing unit consists of a
radial and an axial bearing. The radial bearing is designed as a hydrodynamic
plain bearing with the internal diameter of 3 mm. Itâ€™s the small diameter of
the shaftâ€™s tip that allows additional energy saving as the power consumption
of the radial bearing is directly influenced by its own diameter, on top of
many other factors. This correlation has been confirmed already by a low energy
consumption of the HPS 68/3 spindles

All these optimisations make the energy
savings possible.

The main target application for LENA
spindles is spinning with tube lengths up to 210 mm at high speeds up to 30 000
rpm. All material can be spun with LENA and the spindle is suitable for yarn
counts of Ne 30 and finer. Many Novibra customers trust LENA spindles for their
daily production. Some of them reported their results of their own energy saving
tests.

A customer in India conducted an
independent power study after installing LENA spindles with clamping crown
CROCOdoff on a LR60/AX ring spinning machine. Polyester and cotton were spun,
with a yarn count Ne 30 and a spindle speed of max. 20 000 rpm. The customer
profited from a power saving effect of 6.5 per cent thanks to LENA as well as a
reduction of yarn breakage during the start-up of the machine. An additional
observation was that the incidence of low twist yarn was eliminated after
installation of the Novibra spindles.

Another valued customer in India compared
the overall energy consumption using LENA spindles and reported a saving effect
of 4.6% per machine after the installation of LENA spindles on a LR6/S ring
spinning machine with manual doffing. Their trial was performed with cotton,
yarn count Ne 60 and the spindle speed went up to a maximum of 22 700 rpm.

The installation of LENA requires only a
small change in the machine settings, making the spindle commissioning fast and
easy. LENA spindles can be

equipped with state-of-the-art cutting and
clamping crowns (e.g. CROCOdoff). CROCOdoff enables underwinding-free doffing
which significantly reduces its maintenance and optimizes the automation of
spindle operation. Crocodile-like teeth ensure dependable clamping and cutting
of the yarn while doffing and reduce the number of after doff end downs.

This shows that LENA spindles significantly
contribute to energy savings during ring spinning and a lower noise level in
spinning mills â€“ even at the highest spindle speeds â€“ thanks to various
technological optimizations.

Novibra is the only manufacturer in the
world that offers spindles with a wharve diameter as small as 17.5 mm.
Unmatched expertise and in-depth experience allow Novibra to launch innovative
products such as LENA, delivering significant improvements over conventional
spindles and keeping our customers at the forefront of their industry.