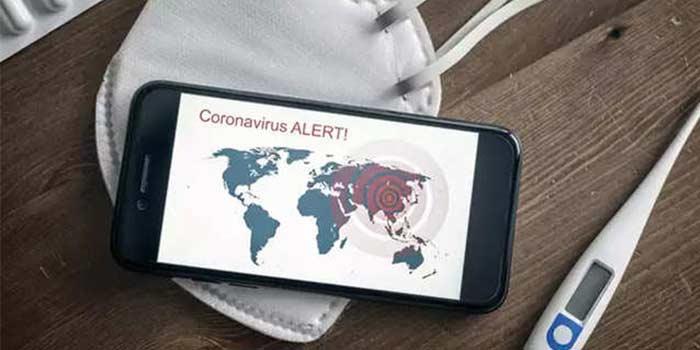 Letâ€™s take a look at how the various State governments are working in managing the health crisis with a view on reviving their economies, following the MHAâ€™s guidelines.

Even as cases related to coronavirus are on a rise in India, keeping the country under extended lockdown may do much harm to the economy. To gradually restart the cycle of economic growth, the Union Government has formulated the exit strategy that includes lifting the lockdown selectively across the country. The centre has specified that the districts that do not have any Covid-19 cases should start production, distribution, consumption, transportation, and other economic activities. Ministry of Home Affairs (MHA) has mandated National Directives for Covid-19 management for various departments/ministries for a continuous phased exit from the on-going extended lockdown.

Understanding the need for a well charted lockdown exit strategy, India Inc. has welcomed MHAâ€™s guidelines. The decision to allow agricultural and allied activities with the help of MNREGA workers has been widely appreciated, given that the harvesting season is on. The move to allow daily wage earners in the services sector to resume operations is expected to bring relief to the self-employed.

However, given that the pandemic has reached ‘community transmission stage’ in India, the key challenge faced by the States/UT governments now would be to balance the pursuit of economic revival with that of adhering to the stringent guidelines as laid out by the Union government.

Letâ€™s take a look at how the various State governments are working in managing the health crisis with a view on reviving their economies, following the MHAâ€™s guidelines.

Uttar Pradesh: Following the National Directives for Covid-19, the State government has set up special cells/desks to help in the reboot of permitted industries. The respective departments, Udyog Bandhu and UP Electronics Corporation (UPLC), in the heavy industries, micro, small and medium enterprises (MSME) and information technology (IT) sectors have instituted exclusive wings to facilitate the smooth resumption of industrial activities and resolution of their pending issues.

Currently, more than 7,400 industrial units, primarily those engaged in the manufacture of essential commodities such as medicines, medical supplies, food items etc and those employing more than 1,33,000 workers are operational in the State.

It is estimated that almost a million migrant labourers stuck in other States will return to the State in the next couple of months post the lockdown. The State government is making arrangements to medically screen and house them in appropriate quarantine facilities.

The Uttar Pradesh CM Mr. Yogi Adityanath has instructed officials to draft an action plan for restarting the industrial units after May 3. Read a more detailed article from Business Standard on the topic here.

Maharashtra: The State with the highest reported cases, plans to keep the Mumbai Metropolitan Region (MMR) and the Pune Metropolitan Region (PMR) under strict lockdown till May 18th. Approximately, 1,400 containment zones (source: Municipal Corporation of Greater Mumbai) have been identified in MMR alone, where strict cluster containment action plan is being implemented as per the above-mentioned National Directives.

Among sectors that have been allowed in the green and orange zones to resume activities are agriculture and its branches (horticulture, fisheries, plantations, animal husbandry, forest-related activities), MGNREGA work, movement of cargo, functioning of commercial and private establishments, industries operating in rural areas, manufacturing in special economic zones and industrial townships only in non-containment zones, construction of roads, buildings and all kinds of industrial projects, renewable energy projects and all urgent pre-monsoon related work.

Karnataka: In line with with the MHA guidelines, sectors such as health including AYUSH, agriculture and allied activities and finance will remain functional in Karnataka. MNREGA work will also be allowed, but with strict implementation of social distancing measures and mandatory face masks.

The State will also permit the construction of roads, irrigation and industrial projects including MSMEs in rural areas employing only on-site labour. In the cities, the Metro Rail projects within municipal corporation limits will be allowed to carry out in-site construction.

Professionals of the IT sector â€“ which forms the backbone of the State’s economy â€“ will be required to work from home. MHAâ€™s guidelines allow 50 per cent of the workforce in the sector to work from their site, but the State government has mandated that only essential minimum staff will be allowed in offices.

Kerala: Following the centreâ€™s guidelines, the Kerala government has come up with a blueprint to fight covid-19 in the State. The Odd-Even system for vehicles is being implemented in the State in districts with partial restrictions.

The State government has also sought Union governmentâ€™s clearance to club the Stateâ€™s districts into four zones. The districts, with the maximum number of Covid-19 cases, including Kasargode, Kannur, Malappuram, Kozhikode will be combined to make the first zone. In this zone, the lockdown will be implemented strictly without any relaxation.

Delhi: In an order dated April 27, after reviewing the coronavirus situation in the capital, Delhi Disaster Management Authority (DDMA) has announced some relaxations. Inter-State travel of health workers, lab technicians and scientists will now be allowed. For a complete list, read this article by India Today.

Telangana: Due to the increasing number of reported cases (1,012 as of April 29) in the State, the Telangana government is not in favour of any relaxation to the present lockdown restrictions, therefore lockdown in the State has been extended till May 7. Also, passenger flight services will not be allowed in the State till then, even though the Aviation Ministry is contemplating the launch of services from May 4.

On the agriculture side, the State had already ensured harvesting, procurement and marketing activities during the rabi season. Spare parts and mechanics have been made available for harvesters in the State.

West Bengal: The State plans to open up plants and factories in rural belts and clusters on a case-to-case basis. Permission for resuming construction work and irrigation has also been granted provided local workers are sourced and employed for these projects. Brick kilns have also been given permission to operate within the guidelines to contain Covid-19.

Harvesting activities and tea factories to process and make tea are allowed, capping the manpower limit at 25 per cent, against the permitted 50 per cent cap by the centre. However, Jute mills despite being situated in â€œsensitive areasâ€, have been permitted to open capping workforce at 15 per cent against the guideline of 50 per cent.

Moreover, the state administration has allowed manufacture of bidi, against the Centreâ€™s revised guideline of strict ban on sale of tobacco, gutka and others.

Andhra Pradesh, Tamil Nadu, Rajasthan, Odisha and many other States are going by the MHAâ€™s guidelines word by word for a revival of economic activity in their respective States.

Meanwhile, a major matter of concern for many state governments is the strict ban on sale of liquor, gutka, tobacco. Due to the fact that excise duty from alcohol sales are a good source of State revenue, many State governments have been feeling constrained with this guideline and have gone on record to say that they want this ban to be lifted. In the present scenario of lack of economic activity, the State governments are running out of money to sustain their fight against novel coronavirus, and hence the cry. The States that depend heavily on liquor for tax revenue are Tamil Nadu, Maharashtra, Uttar Pradesh and Punjab, which may be losing Rs 50-100 crore per day because of the ban on sale of alcoholic beverages.

However, as per the World Health Organization (WHO), alcohol may put people at increased risk for the coronavirus, weakening the bodyâ€™s immune system and leaving drinkers at risk for other risky behaviours that could increase the likelihood of contracting coronavirus.

Moreover, allowing liquor as sought by several State governments, could likely lead to unmanageable overcrowding at liquor stores, making social distancing impossible and defeating the very purpose of a lockdown.

In the light of the situation, Prime Minister Mr. Narendra Modi suggests that prevention is better than cure and urges citizens to follow AYUSH mantralayaâ€™s protocol to build immunity. As the world awaits a cure for covid-19, enhancing the bodyâ€™s natural defence system plays an important role in maintaining optimum health.