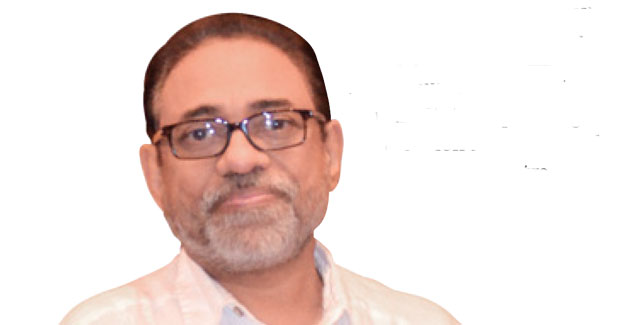 What according to you is the total market potential for the textile & clothing industry in Maharashtra? How has it grown over the years?

In the State, we are having cotton production of about 78 lakh bales. There are about 45 lakh installed spindles in state to spun 350 million kg of yarn. The domestic consumption of cotton is about 30 lakh bales only. There is scope for setting up of more than 200 spinning mills in the State. In Maharashtra, there are about 12 lakh powerlooms producing about 17,000 million metres of cloth per annum.

The requirement of cloth in the State as per rough estimation is just around 1,650 million metre.

Hence, there is also scope for setting up of more than 200 yarn and cloth processing units and more than 2,000 garment units having sizeable capacity, for which cloth is available in adequate quantity.

What are the investments in the last few years? Can you give a few projects ongoing & completed?

In order to facilitate the upcoming entrepreneurs and investors, the State Government is providing 5 to 7 per cent interest subsidy depending upon type of unit to the interest being charged upon loan obtained by them.

In addition to the interest subsidy, if the investor is setting up textile unit in cotton growing area of Vidarbha, Marathwada and North Maharashtra, about 10 per cent capital incentive is being sanctioned to the said unit. For self finance investors, the State Government is providing subsidy to the extent of 35 per cent of the cost of machinery involved into the project.

So far in 1,108 units, an investment of Rs 10,725.87 crore has been achieved and job to about more than 62,000 peoples has been provided. The State is making all-out efforts to attract the investors and making infrastructure facilities and basic needs available to them.

In order to create basic infrastructure, 14 textile parks under the Government of India scheme are being established in the State. These textile parks are to accommodate 1,280 units and provide job to 64,000 peoples. Presently, in the textile park, construction of 941 units is completed, out of which 357 units have been put to production.

What are the special incentives and assistance offered to new projects proposed by industries in the State? Give some details.

The State Government had declared a New Textile Policy on January 2, 2012, which encircles exclusive development of the entire textile sector. In order to facilitate the upcoming entrepreneurs and investors, the State Government is providing 5 to 7 per cent interest subsidy depending upon type of unit to the interest being charged upon loan obtained by them.

In order to facilitate the upcoming entrepreneurs and investors, the State Government is providing 5 to 7 per cent interest subsidy depending upon type of unit to the interest being charged upon loan obtained by them. In addition to the interest subsidy, if the investor is setting up textile unit in cotton-growing area of Vidarbha, Marathwada and North Maharashtra, about 10 per cent capital incentive is being sanctioned to the said unit.

What are the major segments in textile & clothing industry, which have shown the potential for investments in the State?

Technical textile is an important segment of the textile sector emerging fast in the State. To facilitate the investor for making investment in the textile sector, the Government of Maharashtra is implementing schemes of interest subsidy and capital subsidy.

Technical textiles is getting focus nowadays. What the special schemes to boost this segment in the State. How far has it been successful?

It is a large and growing sector and supports a vast array of other industries. The global growth rates of technical textiles are about 4 per cent per year greater than the growth of home and apparel textiles, which are growing at a rate of 1 per cent per year. Currently, technical textile materials are most widely used in filter clothing, furniture, hygiene medicals and construction material.

Apart from domestic consumption and pan-India distribution, what the efforts on the export front to boost textile exports from the State?

What is the raw material status, and what are the steps being taken by the State Government to improve this aspect?

Our requirement of man-made filament yarn is about 3,000 lakh kg as against production of 2,300 lakh kg in the State.

Our State is short in production of yarn and value addition to cloth. But we are plus in production of cotton fibre and cloth. Looking to the export trend, our State may contribute at large by value addition to cotton and cloth. There is scope for setting up to 250 spinning mills, more than 2,000 garment units depending upon capacity for which raw cotton and cloth is available in ample.

The State Government had declared a New Textile Policy on February 1, 2012. The said policy promises additional investment of Rs 40,000 crore and generation of 12 lakh employments. To achieve the goal, we are providing interest subsidy ranging in between 5-7 per cent to the loan obtained by the investor for the purchase of machinery and if the unit is set up in cotton growing areas in addition to above 10 per cent capital subsidy is being provided to the investors. Self finance investors, if they set up textile unit, are also being facilitated with 25 per cent to 35 per cent capital subsidy. In order to the simplify process, the State Government has exempted the investors from compulsorily obtaining UID from the Government of India under its TUF scheme as previously it was made compulsory.

Please give us some details about the infrastructure, logistics support and other facilities that will favour the growth of textile industry in the State.

In the State, to provide complete infrastructure to the textile sector, 14 textile parks are being set up, for which the Government of India is providing 40 per cent capital subsidy to the cost of project, and in addition to this, the State Government is providing 9 per cent of the project cost as capital subsidy making total to 49 per cent of the project cost as a subsidy. A textile hub has been started at Amravati and it has been proposed to start the textile hubs in eight more districts of cotton-growing areas like Jalgaon, Yavatmal, Aurangabad, Jalna, Parbhani, Nanded, Buldhana and Beed. The State Government is also providing CETP facilities to the investors who are setting up there units in textile hub.