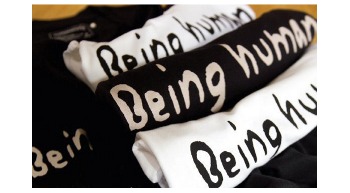 CMAI?s Apparel Index for October-December 2015 (Q3) shows the industry has maintained moderate growth with an overall index value of 4.64 points. Giant and large brands have continued their growth trajectory; however, the pace has slowed down compared to previous quarters. But they stayed ahead of small and mid brands.

CMAI?s Apparel Index for October-December 2015 (Q3) shows the industry has maintained moderate growth with an overall index value of 4.64 points. Giant and large brands have continued their growth trajectory; however, the pace has slowed down compared to previous quarters. But they stayed ahead of small and mid brands. Sales turnover were higher, sell through was lower than previous quarter while inventory holding was much higher. Even though large brands managed better sell through than giant brands, the latter reported less inventory holding compared, indicating giant brands were quicker to clear off inventories through discount sales. Small and mid brands are still lagging on most accounts. Mid-level brands, despite lagging behind, have indicated better index values.

Q3 Apparel Index for the period October-December 2015 clocked in 4.64 points growth. This is approximately 84 per cent higher than the index for small brands (with turnovers of Rs 10 to 25 crore) which stood at 2.52 points. For mid brands (with turnovers of Rs 25 to Rs 100 crore), growth is 4.04 points. In fact, these brands have performed much better than small brands. However, it?s the large brands (with turnovers of Rs 100 to Rs 300 crore) with 7.92 points and giant brands (with turnovers of above Rs 300 crore) with an index value of 8.00 points that have shown real growth. Notably, the index value for giant brands is 72 per cent higher than the overall index value. The latest apparel index clearly indicates that large and giant brands are doing much better compared to mid and small ones. In fact, small brands have grown the least since positive attributes like sales turnover, sell through and investments are not contributing enough and higher inventory holding is slowing down growth. The index pattern like earlier quarters continue to reflect that as the size of the brands goes up, performance improves. Mid brands may have performed better than small brands yet there is still a big gap with large and giant brands. Findings for this quarter also reveal that the festival and winter season has not been as good as expected. The lower growth in index value of small and mid brands, has actually dragged down the overall index. On the other hand, giant brands have not really improved their sell through but their inventory holding has gone down. This probably explains why large and medium brands are faring much better than small brands.

Growth in sales turnover at 6.00 points for both for large and giant brands is much higher than previous quarter, whereas for small and mid brands, it is much less. Amongst the four groups, the giant and large brands have been growing consistently each quarter. As Kunal Mehta, Vice President ? Marketing and Business Development, Being Human Clothing (Mandhana Industries), explains, ?Within three years of being operational, Being Human Clothing is selling through approximately 500 point-of sales in over 15 countries worldwide. This has resulted in higher visibility, constantly expanding customer base and higher design recognition. Our unique model of fashion, philanthropy and charity combined with the six brand DNAs (viz. love, care, share, help, hope and joy) have touched the hearts of millions of customers leading to global accessibility of the brand that lets them contribute to the cause by the simple act of shopping. Despite this overwhelming growth chart, we aim to be accessible in every nook and corner of India and worldwide.? On similar lines Anant Daga, CEO, W and Aurelia, adds, ?Robust same store sales growth across EBOs and LFS coupled with aggressive footprint expansion has led to sales increase.?

A close look at sell through and inventory holding reveals that the reason for small brands not growing as much is because their increase in inventory holding is much higher than the improvement in sell through whereas in case of mid and large brands, sell through improvement is better along with better control over inventory holding. As Rajiv Nair, CEO, Celio, opines ?As a business, we believe inventories are a huge risk if it?s not optimised. So we started buying more local (reduced import dependence) and just in time. Advance order placements were reduced and commitments were made closer to the season and also in season.? The overall picture reveals that all groups of brands have not grown as much as last quarter, since they couldn?t control inventory holding like they had done in the previous quarter. The reason for this could be that this quarter is generally considered to be the best for fresh sales and no discount period is included. And as there was not much discounting, sales turnover also didn?t grow as expected, causing longer duration for inventory holding. ?Advance production for the summer season? is the reason for increased inventory holding,? reports Asif, Director, Officer, a mass segment brand. Investment cumulatively indexed at 2.02, is a little lower than previous quarter. Here, too, giant brands had the highest in this quarter. As Shitanshu Jhunjhunwala, Director, Turtle, puts it, ?Our decrease in investment referred to a ?more focused cluster approach with regards to opening of outlets, selection of designs, right mix of apparels in stores, strong marketing activity and correct partners?. In the past we made few errors in expansion and some course correction was required. Our focus last quarter was to increase throughput our existing stores and implement some of the new strategies we have made.?

Optimistic about business ahead

Clearly, the industry has not grown as much, and low consumer spending has taken its toll, affecting sales turnover. While brands seem to have not held on to their inventories as much compared to the same quarter last year, they may have liquidated them through discounts much more impacting sell through that has suffered this year in comparison. Marginal increase in investments doesn?t seem to have contributed enough to offset the impact of lesser turnover growth and lesser growth in sell through. Nearly 40 per cent brands feel that the outlook for next quarter is good while 17 per cent say it is excellent. Nearly 37 per cent, foresee an average outlook for next quarter and 4 per cent feel that it will be below average. January-March being a quarter for EOSS, the summer season and the last quarter of the financial year, many brands feel that market sentiments may improve.