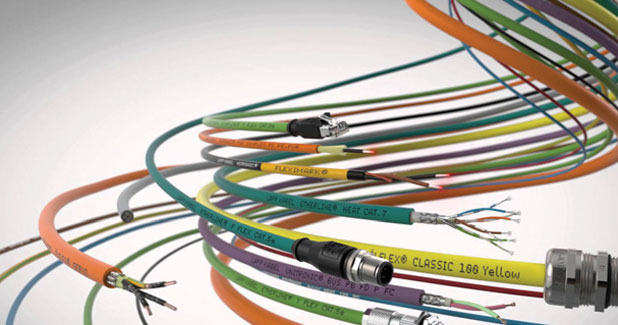 Lapp Group has acquired SKS Automaatio and SKS Connecto in Finland and Poland. â€œThe acquisition of the SKS companies strengthens Lappâ€™s leading role in cable harnessing and our market position in North-Eastern Europe,â€ said Andreas Lapp, Chairman of the Board of Lapp Holding.

Lapp Group has acquired SKS Automaatio and SKS Connecto in Finland and Poland. â€œThe acquisition of the SKS companies strengthens Lappâ€™s leading role in cable harnessing and our market position in North-Eastern Europe,â€ said Andreas Lapp, Chairman of the Board of Lapp Holding.

SKS Connecto Oy is located in HyvinkÃ¤Ã¤, Finland, and leading in cables and cable harnesses for machine and circuit board constructions as well as in distributor rails. SKS Connecto Polska Sp z o.o. in Gdansk, Poland, is another location of the company and specializes in cable harnesses and wire set manufacturing and electrical assemblies.

SKS Automaatio Oy is leading in automation and electrical components and is located in Vantaa, Finland. Along with its broad range of products the company offers tailor-made package solutions that fits well with Lappâ€™s future strategy.

The turnover of both companies is â‚¬40 million Euro. About 280 employees are employed there in total. SKS Group, originally existed of 8 companies, is a successful family-run engineering company represented by Heimo J. Aho and was founded in 1924.

â€œAutomation and cable harnessing are important parts of our Strategy 2020. With SKS Automaatio und SKS Connecto as leading companies in those fields, we strengthen our position in automation and solutionsfor the benefit of Lapp and SKS customersâ€, said Matthias Lapp, CEO of the Lapp region of Europe, Africa, the Middle East and Latin America (LA EMEA).

The contract with the Finnish SKS Group was signed on December 15, 2017. Lapp Group and SKS Group have been partners for over 50 years. â€œWe share the same culture and management philosophy. I really would like to thank the owner families of SKS Group for our trustful cooperation and I am looking forward to our futureâ€, said Andreas Lapp. The takeover is subject to the approval of the relevant regulatory authorities. Headquartered in Stuttgart, Germany, the Lapp Group is a leading supplier of integrated solutions and branded products in the field of cable and connection technology. The Groupâ€™s portfolio includes standard and highly flexible cables, industrial connectors and cable entry systems, customised system solutions, automation technology and robotics solutions for the intelligent factory of the future, as well as technical accessories.

The Lapp Groupâ€™s core market is in the industrial machinery and plant engineering sector. Other key markets are in the food industry as well as the energy and the mobility sector.

The Lapp Group has remained in continuous family ownership since it was founded in 1959. In the 2015-16 business year, it generated consolidated revenue of 901 million euros. Lapp currently employs approximately 3,440 people across the world, has 17 production sites and over 40 sales companies. It also works in cooperation with around 100 foreign representatives.

Lapp Group India is a 100 per cent subsidiary of the Lapp Group. Having started its operations in 1996, Lapp India provides about 1,50,000 km per year of power, control, instrumentation and data cables along with connectors, accessories and End-to-End Systems to over 5,500 customers pan India. Its customers are spread across different industry segments such as automation, textile, automotive, machine tools, oil and gas, renewable energy, process industries, as well as in the infrastructure and building sectors.

In 2012, Lapp Group India completed phase one of its second manufacturing plant in Pilukedi, Bhopal which produces more than 216,000 km of single core cables per annum, catering mainly to the Building Cable Segment. The production area at Jigani was also doubled in 2014 and a new multi-core line was commissioned in Bhopal with a total investment of over 5 million Euros.