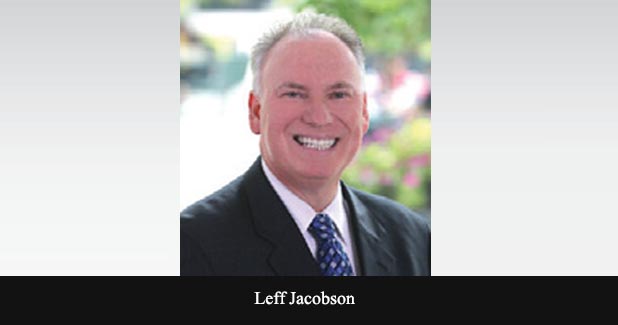 Electronics For Imaging, Inc. (â€œEFIâ€) has announced the appointment of Jeff Jacobson, a 30-year veteran of the digital imaging and industrial technology sector, as Chief Executive Officer, effective immediately.

adminAugust 16, 2019 12:00 am 0
Electronics For Imaging, Inc. (â€œEFIâ€) has announced the appointment of Jeff Jacobson, a 30-year veteran of the digital imaging and industrial technology sector, as Chief Executive Officer, effective immediately. Jacobson will retain his position as Executive Chairman. Jacobson succeeds Bill Muir, who is stepping down for personal reasons.
Prior to joining EFI, Jacobson served as Chief Executive Officer of Xerox. Jacobson also served as both President of Xeroxâ€™s Technology Business and President of Xeroxâ€™s Global Graphic Communications Operations. Prior to joining Xerox in 2012, Jacobson was the Chairman, President and Chief Executive Officer of Presstek, a leading manufacturer of digital offset printing solutions.
Jeff Jacobson said, â€œI am thrilled to be expanding my role on EFIâ€™s leadership team to identify unique opportunities for innovation across the Company. EFIâ€™s portfolio of best-in-class solutions presents an exciting opportunity to drive further growth in high-quality inkjet and integrated, digital workflows. Together with my experienced and talented colleagues on the EFI team, we will provide the leadership needed to help EFI accelerate the transformation of industries where colourful images matter. I also want to join the EFI team in thanking Bill for his contributions to the Companyâ€™s success and wishing him the best in his future endeavours. Bill played a pivotal role in successfully positioning EFI for the next chapter of our evolution, always doing so with integrity and the best interests of customers and employees.â€
Throughout his career, Jacobson has displayed an on-going commitment to helping customers improve their productivity and enhance their operations. As CEO of Xerox, he oversaw Xeroxâ€™s largest product launch in its more than 100-year-history and led the company through a strategic transformation, delivering best-in-class customer service, and driving innovation, while improving Xeroxâ€™s operating margins and cash flow.
Before his time at Xerox and Presstek, Jacobson served as Chief Operating Officer of Eastman Kodakâ€™s Graphic Communications Group, where he was responsible for managing operations in Eastman Kodakâ€™s Global Graphics operations, which included manufacturing locations throughout North America, Europe, Japan, China, Israel and South Africa. Jacobson also served for five years as Chief Executive Officer of Kodak Polychrome Graphics, a
highly successful joint venture between Sun Chemical and
Eastman Kodak.
CATEGORIES Spinning
TAGS Digital Imaging And Industrial Technology SectorElectronics For Imaging IncJeff JacobsonPresstekSun Chemical and Eastman Kodak
Share This